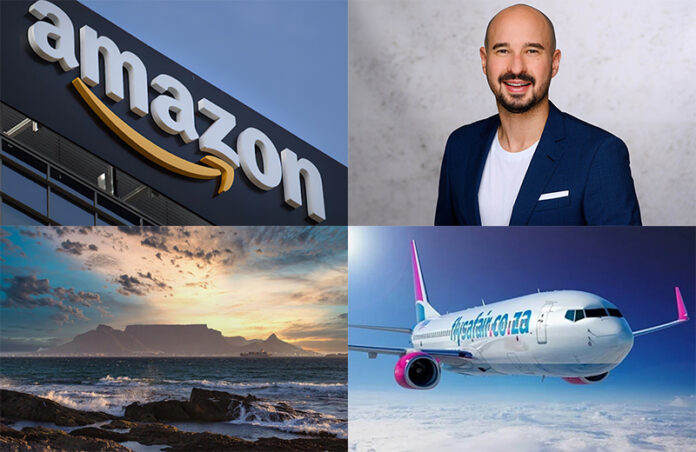 This week, Amazon prepares to launch its presence in Africa, Kyndryl names a new managing director, FlySafair wants to expand to other regions on the continent and a new tech startup is set to bring hundreds of jobs to Cape Town locals.

4. FlySafair is Looking to Expand Beyond South Africa

Low-cost South African airline, FlySafair, is reportedly looking to expand beyond the country’s borders. The airline reportedly has flights planned for 10 new destinations on the continent.

The company says it aims to provide at least 300 jobs for locals over the next two years.

Kyndryl, one of the world’s largest IT infrastructure services providers, has today announced the appointment of Andreas Beck as the company’s Managing Director in the Middle East and Africa.

Beck returns to the region with a wealth of experience, working across numerous regions, industries and business units.

1. Amazon is Set to Penetrate the African Marketplace

New reports indicate that Amazon is set to expand to African countries including South Africa and Nigeria in 2023.

This development would mean serious competition for e-commerce platforms like Jumia and Takealot. Amazon currently has a presence in 20 countries and it aims to scale up in the main market in the US.