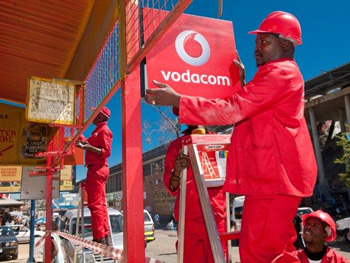 Vodacom, South Africa’s leading cellular business has selected Hughes Network Systems(HUGHES), a leader in broadband satellite networks and services, to provide its market-leading HN and HX broadband satellite solutions to help propel Vodacom’s aggressive expansion of converged service offerings in South Africa and throughout the continent. Most recently, Vodacom purchased the high power HN9200 and HN9400 Ka/Ku-band terminals to both augment their existing services and in anticipation of the arrival of Ka-band satellite service in Africa.

“We are very pleased to offer a comprehensive portfolio of customized, managed VPN, overlay and broadband satellite services utilizing the Hughes HN and HX satellite systems,” said Sean Victor, principal specialist, Converged Satellite at Vodacom Business Services. “Since launching Vodacom Business Services in 2008, we have made significant investments in infrastructure in order to offer a wide variety of services including next-generation IP voice, managed networks and infrastructure, Internet access, hosting, and storage services. With the addition of Hughes technology, we are aggressively expanding our service offerings into specific target markets in South Africa and throughout the African continent.”

Hughes has been a leading supplier of broadband systems and solutions to Africa and the Middle East since the early 1990s. Its sales and support teams serve a growing base of customers with satellite-based, broadband IP, multimedia, data, video, and voice solutions.