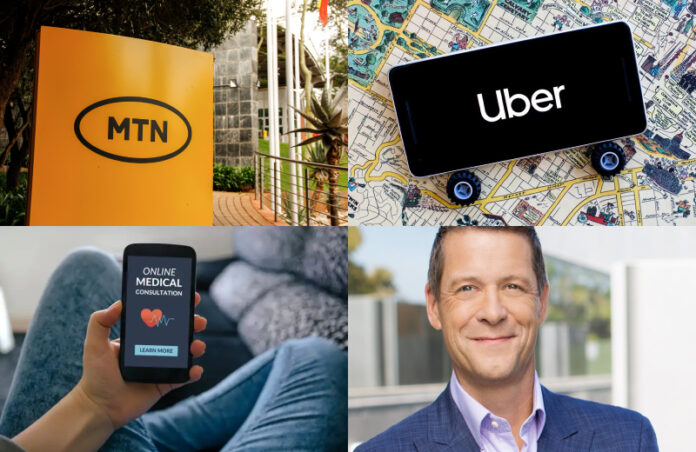 A wide variety of news attracted our readers this week, from major company acquisitions to a new health app that allows you to consult with doctors and nurses right from your smartphone.

Uber wants to become the “Amazon of transport” and MTN invests in rural South Africa.

Equinix, an American digital infrastructure company, announced on Monday it had completed a deal to acquire West African data centre and connectivity solutions provider MainOne for a value of $320-million.

Equinix says that this new acquisition marks the beginning of its expansion into the African continent.

Kena Health is a new South Africa-based health app where anyone can chat to a nurse, doctor, or mental health professional directly from their smartphone.

The app connects users to a team of qualified healthcare practitioners for advice, diagnoses, prescriptions, sick notes, and even referrals to a specialist pathologist or other places of care, as needed. This is all done through their smartphone – at a low cost.

Uber has announced that users could soon be able to book flights and other modes of transport using the Uber app.

This new innovation is in line with the company’s current mission to transform Uber into the “Amazon of transportation” and not be limited to being an e-hailing company that renders cab services only.

MTN SA has announced a ramping up of investments to modernise existing and deploy new network infrastructure across Limpopo and Mpumalanga, South Africa to the tune of $56.4-million.

The company says ultra-rural villages such as Mtititi and Ga Marishane will see benefits from the investment.