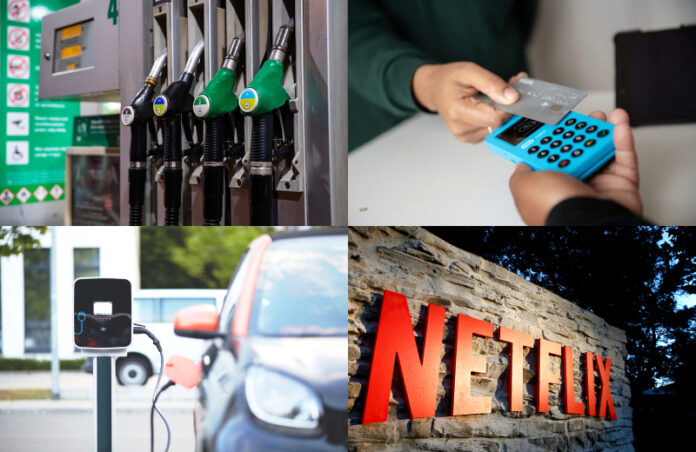 The skyrocketing petrol price continues to be squarely in the fore of the mind of our readers, with fintech news closely following in second place.

South Africans may soon be paid to buy electric vehicles and Netflix cracks down on password sharing.

4. You Will Now Be Charged Extra Fees for Sharing Your Netflix Password

On Wednesday, Netflix announced that it is testing measures to charge users who share their passwords outside of their household.

Netflix has a Standard and Premium plan for people who wish to share an account with family members and friends through multiple-streaming. In these types of plans, there are separate profiles that are paid for by a host. Netflix feels, however, that users are confusing their plans with password-sharing, which they are trying to fight against.

The streaming juggernaut is also planning to add a new feature that allows up to two sub-accounts that will pay an amount less than that of the original price of the plans.

3. Incentives to Buy Electric Vehicles on the Cards for South Africans

TIPS, a research organisation, is looking at the possibility of rolling out incentivised electric vehicles in South Africa as it believes that the country could be left behind in the electric vehicle revolution due to its economic climate.

Yoco, an African payments, and software company has acquired one of the leading fintech and Web3 software development agencies in Africa, Nona Digital.

According to the announcement, this acquisition significantly accelerates Yoco’s roadmap by bringing a team of highly specialized fintech product and technology professionals to join Yoco’s team. The two companies have been in partnership since 2019.

South Africa’s Department of Energy and Mineral Resources has warned that petrol will be rationed if the war between Russia and Ukraine persists and the price of oil continues to skyrocket.

Tseliso Maqubela, Deputy Director-General in the department, said that if the Russian crisis worsens, South Africa will have to consider restrictions on how much petrol motorists will be allowed to purchase. In other words, petrol might be rationed in SA.