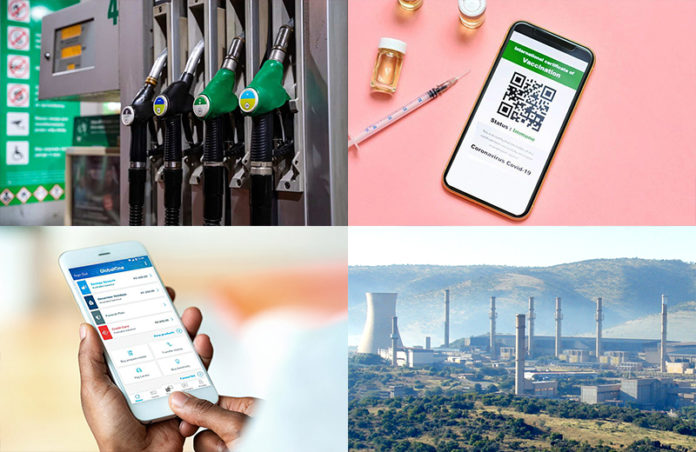 Petrol prices expected to increase in South Africa. Vaccine passports announced by President Cyril Ramaphosa. The Capitec mobile banking app goes down, and a new multipurpose nuclear reactor is approved for research use near Pretoria.

The Cabinet of South Africa has approved the plan to replace the SAFARI-1 research nuclear reactor located near Pretoria with a new Multipurpose Reactor (MPR).

According to a statement released by Necsa, the MPR is intended to succeed SAFARI-1 when it reaches its end of life.

On Tuesday, scores of South African users online turned to social media to report that they were having issues connecting and using the Capitec Mobile Banking app.

2. Ramaphosa Announces Vaccine Passports for SA + All The Details

During his address to the nation on Thursday evening, SA President Cyril Ramaphosa announced that the Department of Health would begin rolling out vaccination certificates.

While, the president didn’t make a rollout date clear during the national address, according to Health Minister Joe Phaahla, the certificates have been in the works for some time.

South Africa is expecting increased fuel prices due to a bump in international Brent crude oil which jumped to $80 on Tuesday.

The $80 price represents the first time in almost three years that crude oil has hit this high, which comes on the back of expectations for a renewed surging demand and concerns about supplies as the world slowly begins to emerge from the economic hardships imposed by the pandemic with more countries increasing their inoculations and lessening lockdowns.