iStore South Africa has officially opened pre-orders and unveiled the pricing for the Apple Watch Series 7.

Apple first showed off the Series 7 during its California Streaming event in September, which also saw the launch of the iPhone 13. The new smartwatches have several improvements and new features from its predecessors and is set to be released on 22 October 2021.

Buttons are larger on the Series 7’s display, and Apple claims that 50% more text can fit on-screen (a new full-screen keyboard will pop up now when entering text), while the display is 70% brighter indoors with always-on mode. The screen itself is now made of a more crack-resistant front crystal. 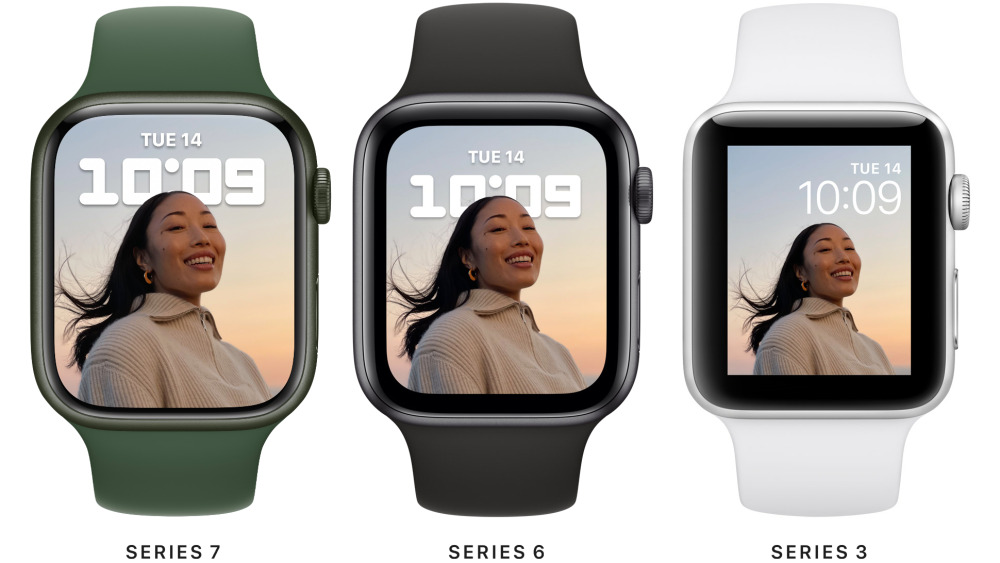 The bezel on the side of the device is also thinner, and there are new modular watch faces, including a text-warping watch face.

More details on improvements and new features can be found here.

Prices for the Apple Watch Series 7 start at R8,499 for the smaller screen size of 41mm, aluminium case and GPS only. Users can also include iCare Plus warranty from R399.

The same model with both GPS and cellular connectvity costs R10,499 excluding iCare. The aluminium case models are available in black, white, green and red colours.

Prices begin to reach higher numbers for the Series 7 models that come with stainless steel cases, all of which start at R14,699 with both GPS and cellular connectivity.

iCare for the stainless steel-case models is also more expensive at R999.