Home Enterprise IT Introducing the DPU from NVIDIA – Is It Time to Embrace Your...
Facebook
Twitter
WhatsApp
Linkedin
Email 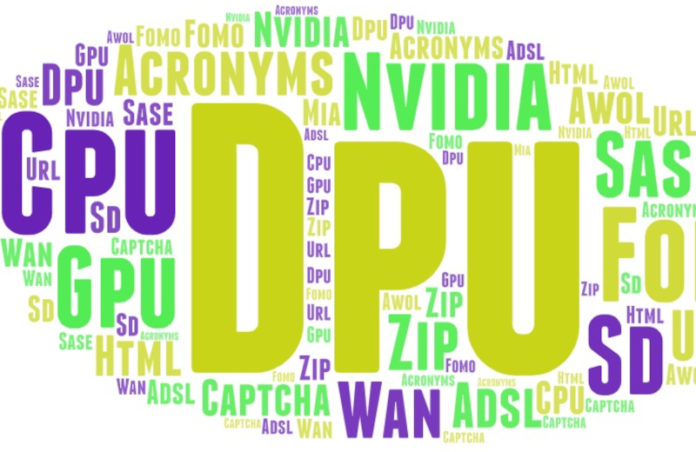 Is it still true that death and taxes are the only two certainties in life? What about the rise and rise of new acronyms in the IT world?

From ADSL to ZIP files, meandering through CAPTCHA, HTML, SASE, SD-WAN and URL, to name just a few, you might be forgiven for suffering eventually from FOMO or else even planning to go AWOL. But please don’t hit the MIA button until we’ve had a chance to chat about DPUs and their relatively recent arrival in the CPU and GPU family.

Belinda Duke, Product Manager: NVIDIA Networking at Networks Unlimited, explains, “Certainly it’s true that the information technology field uses a lot of acronyms, but joking aside, there is another acronym in town – we think it’s very exciting to start working with the DPU, or ‘data processing unit’, which, according to NVIDIA CEO Jensen Huang, is going to represent one of the three major pillars of computing going forward.”

NVIDIA, a California-based computer systems design services company, is distributed in Africa by Networks Unlimited. Having popularised the graphics processing unit (GPU), NVIDIA is now rapidly expanding into fields such as artificial intelligence and supercomputing.

According to a recent NVIDIA blog, DPUs are a new class of programmable processors and will join central processing units (CPUs) and GPUs as one of the three pillars of computing. Duke continues, “Most people are already familiar with the CPU. For many years, they were the sole programmable element in most computers. As NVIDIA outlines, we then moved into a situation more recently in which the GPU took a central role.

“These were originally used to deliver rich, real-time graphics, but then it was realised that their parallel processing capabilities make them ideal for accelerated computing tasks of all kinds, and so GPUs became integral to artificial intelligence, deep learning and big data analytics applications. We are now moving into a third era in which we see the introduction of DPUs, to move data in datacentres. These have evolved from the use of CPUs and GPUs, which were previously powering datacentres, and now, in their own right, DPUs make up the third member of the data-centric accelerated computing model.”

Duke notes that NVIDIA offers a leading portfolio of DPUs through its BlueField suite of products, as well as an array of technology environments that support DPU. “NVIDIA BlueField DPUs deliver the most powerful software-defined networking, storage and cybersecurity acceleration capabilities available for datacentres,” she says. “The latest offering, BlueField-3 DPU, is able to deliver the equivalent datacentre services of up to 300 CPU cores, which therefore frees up valuable CPU cycles to run business-critical applications.”

“Modern hyperscale clouds are driving a fundamental new architecture for datacentres,” says Huang. “A new type of processor, designed to process datacentre infrastructure software, is needed to offload and accelerate the tremendous compute load of virtualisation, networking, storage, security and other cloud-native AI services. The time for BlueField DPU has come.”

Exclusive Networks Partners with the International Chamber of Commerce Trade

Would you like to receive the latest African technology news and analysis delivered to your e-mail inbox every morning? Then simply subscribe to our free daily e-mail newsletter.