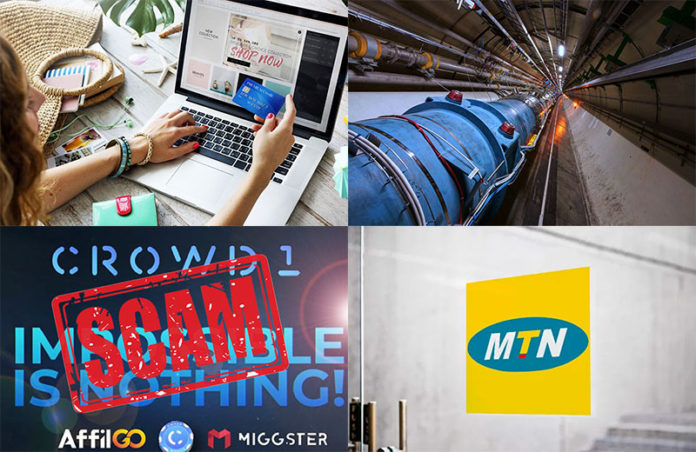 South Africa announces the start of its first COVID-19 vaccine trial, and MTN set to release its 5G network next week.

CERN prepares to build a massive super collider that is set to be 100km in length, and a brand new way for cybercriminals to steal the money of internet users.

The University of Witswatersrand has announced that South Africa’s first COVID-19 vaccine trial has begun, with 2000 participants already enrolled.

The National Department of Health has pledged its support stating that the trial could not have come at a better time as the country battles with its 118,375 total cases.

4. MTN to Launch its 5G Network Next Week

MTN South Africa will finally launch its 5G network next week, 30 June 2020, becoming the first of the telecommunications group’s 22 operations to launch the next-generation broadband technology.

MTN customers with 5G enabled devices, and within a 5G coverage area, will now be able to access one of the fastest and most sophisticated network connections in Africa.

Crowd1, a controversial and highly popular organisation is being reviewed by a few regulators in South Africa for its suspicious activities.

Investigated by the South African Reserve Bank Prudential Authority and the Financial Sector Conduct Authority, both regulators have warned South Africans to not deal with unregulated financial service providers as Crowd1 is believed by many, including countries Namibia and New Zealand, to be a pyramid scheme.

CERN, the organisation behind the Large Hadron Collider, the world’s highest-energy particle collider at 27 kilometres in length, have been planning to build an even larger one.

Known as the Future Circular Collider (FFC). The 100km collider is set to be built around Geneva and has 10 times the power of the current collider.

Researchers from cybersecurity and antivirus experts, Kaspersky, have uncovered a new technique for stealing users’ payment information on online shopping websites – a type of attack known as web skimming.

About two dozen websites were found to be compromised in this way, which included stores in Europe and North and South America.