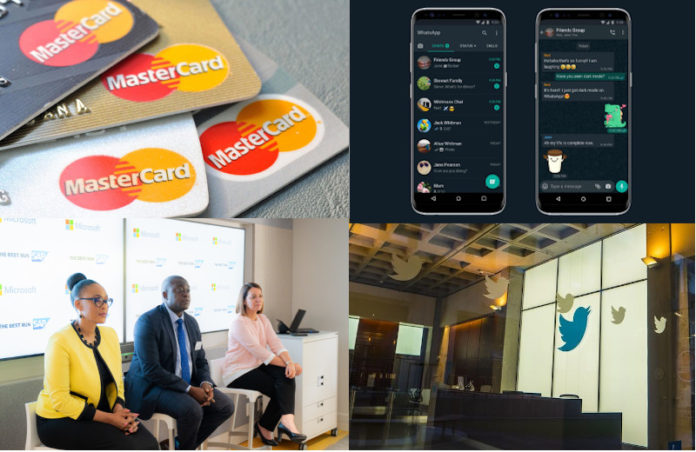 This week’s articles cover topics from the app and social media sphere in WhatsApp’s new dark mode feature and Twitter introducing “Fleets” to Mastercard’s analysis on how Pay-on-Demand services can help the prosperity of impoverished African countries and how Standard Bank continues its digital transformation.

WhatsApp’s new dark mode is being introduced across the globe on Android and iOS as the dark mode trend on mobile phones continues to garner rave reviews and popularity.

This article describes WhatsApp’s new dark mode, as well as how to initiate it on iOS 13 and Android 9.

The hugely popular ‘Stories’ feature on Snapchat has since been copied across all the other massive social media apps. From Instagram to Facebook, and even LinkedIn is getting in on the action.

Stories are finally coming to Twitter in the guise of “Fleets”, despite the massive uproar from its user-base to introduce an Edit Tweet feature. This decision has left many users either confused or upset as the hashtag #RIPTwitter.

2. Pay on Demand is Vital for Financial Inclusion in Africa reports Mastercard

Through this, millions across the African continent can be lifted out of poverty and prosperity can be achieved.

Standard Bank South Africa announces that it’s moving its core SAP Cloud Platform services to Microsoft Azure, the PC and multimedia titan’s own cloud services. This move is expected to significantly improve customer experience with the bank while also enabling the expedition of new solutions to the market to be introduced more efficiently.