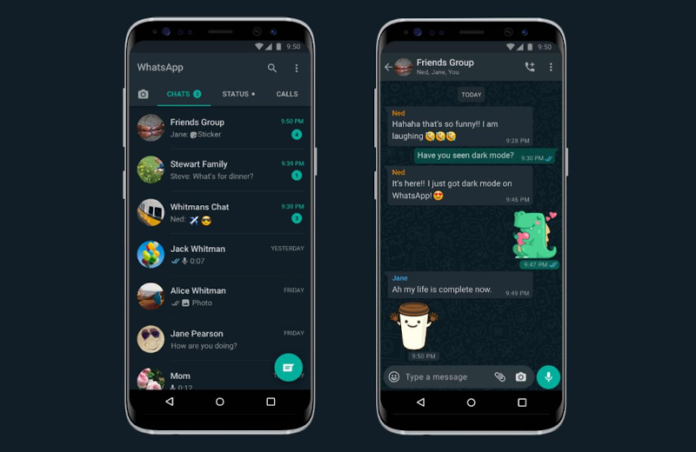 The Facebook-owned messenger app and household name WhatsApp has officially unveiled their new Dark Mode. TechWeez reports that since last month WhatsApp users enrolled in the beta program have been able to use the shadowy feature on their phones while regular users have had to wait until it was rolled out on all other devices.

Dark mode on mobile has gained raving support and strong momentum in various apps in the last few years. System-wide dark modes are now more prevalent with Android 10 and iOS 13 stocking a dark mode for all native elements.

WhatsApp’s dark mode will be creeping through the official Android and iOS apps of its over 2 billion worldwide users over the next few days.

In an obvious yet no less interesting twist, the dark modes of iOS and Android will be implemented quite differently. Android is getting white text over a dark blue background, complete with teal accents. WhatsApp claims that the dark mode design was made considering system defaults on the different OS to reduce eye strain.

iOS‘s dark mode is going to be nearly pure-black with blue accents.

WhatsApp’s Dark Mode has yet to reach South Africa on iOS or Android.

On iOS 13: -> Settings -> Display and Brightness -> Dark (WhatsApp should now be in Dark Mode)