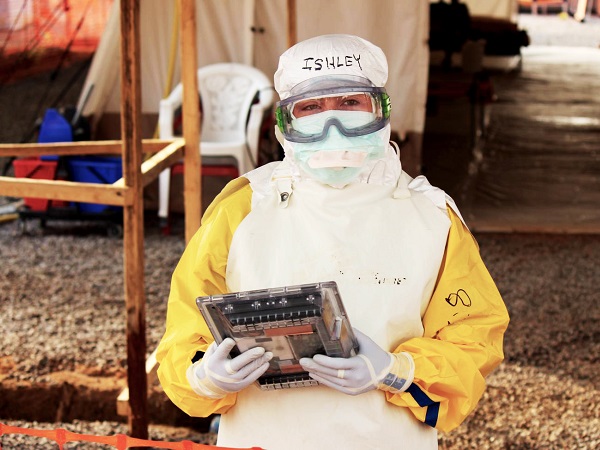 Google and a group of technology volunteers have developed a tablet device that could help doctors in the fight against Ebola. According to the developers, the tablet has been designed in such a way that it can survive being doused in chlorine; be used while wearing gloves; and is resistant to storms as well as high humidity.

According to Médecins Sans Frontières, Ebola is passed on through contact with body fluids, and even a single piece of paper leaving a high-risk zone poses a risk of passing on the infection. Additionally, health-care workers caring for patients have to wear full protective suits with goggles and multiple layers of gloves, despite soaring temperatures.

But dictating notes across a fence at the end of exhausting shifts while wearing masks was a “recipe for error”, MSF revealed. According to the report, the tablet has waterproof casing at an “industrial level” and it has no sharp edges in order to prevent protective clothing from being pierced.

The device can be charged quickly and wirelessly by being placed on a table. The tablet connects wirelessly to a tiny local network server that is roughly the size of a postage stamp. The report also revealed that health workers can also use the device to track a patient’s progress – comparing pulse, temperature and other results over time.

The device is currently being tested at MSF treatment centres in Sierra Leone.