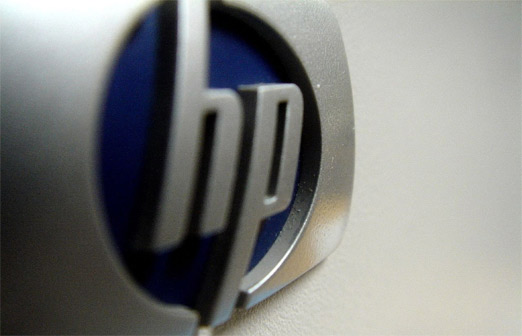 HP Networking continues to be a challenging competitor in the global networking space – offering solutions integrated with HP BladeSystem infrastructure enabling customers to increase performance, security and management of both physical and virtual environments. According to industry research firm and consultancy, Canalys, the HP Networking combined market share for all products in Africa is 14% whilst the RoA market share (Ports) is 21%. This is compared to 3Com’s 10% and 13% respectively.

One can attribute the current growth of HP Networking’s presence in the market to a number of reasons. Firstly, the integration of Colubris’ extensive product line into HP’s Networking product portfolio expanded HP Networking’s reach into vertical markets such as hospitality, transportation, healthcare, manufacturing, service provider and education.

According to Thierry Dumont, HP Networking Channel Sales and Marketing Manager CEE & MEMA, the acquisition of Colubris Networks has strengthened HP Networking’s hardware, management platform and services. It has also significantly improved the overall performance capabilities of both wired and wireless networks, and will deliver even more best-in-class choices for our customers worldwide. HP now offers a unified wired and wireless portfolio.

Nick Lippis from analyst firm Lippis Enterprises, says, “The integration of HP Networking blade switches with the HP BladeSystem infrastructure is a pivotal change for HP as the company aggressively diverges itself from the competition. These new HP solutions provide customers the proven reliability of standards-based computing, in addition to lowering maintenance and operational costs.”

The IDC and Gartner reports have named HP Networking as one of the market leaders in campus LAN equipment. Gartner says that Cisco remains the leader, but that “cracks are showing,” and those are opening up opportunities for HP Networking and other small players. Additionally, the combination of HP Networking and 3Com will give competitors a run-for-the-money in data center networking and convergence. The data centre market is rapidly moving towards a converged infrastructure, in which storage and IP data can be run across a single network, and in which the different components of the data center – including servers, storage, and networking – are ever-more tightly integrated.

With the addition of Colubris and 3Com, HP will transform the networking industry by offering clients choice where there was none before—a choice to handle their most difficult deployments, from small offices to global enterprises. The growth reflects a dramatic increase in the number of customers who are reconsidering their alternatives and looking to HP Networking for flexibility to quickly meet the changing needs of users, applications and organisations. Customers and end users are demanding a unified network experience to simplify management and improve productivity, says Thierry Dumont. “Now that WLAN is becoming a mainstream part of enterprise infrastructure, companies want it fully integrated with their wired networks,” he adds.

HP is raising the bar through innovation to deliver a differentiated portfolio of edge to core and data centre networking solutions, complemented by global service and support capabilities. Combining 3Com and HP networking, HP is creating a global networking powerhouse that enables a simplified, more flexible fabric.
This expanded portfolio delivers best-in-class solutions that enable clients to harness the power of convergence and accelerate business growth at a lower total cost of ownership.
HP Networking can call upon any of its 1400 certified engineers and security specialists to provide the required support and consulting though its Network Infrastructure Consulting division, part of its Technology Services organisation within HP. As a networking consultant leader, HP Network Infrastructure Consultants have the skills and experience to meet today’s diverse infrastructures and address all support requirements in customer networks.

Companies are looking for ways to break free from the business limitations imposed by a networking paradigm that has been dominated by a single vendor. ”By combining HP Networking offerings with 3Com’s extensive set of solutions, we will enable customers to build a next-generation network infrastructure that supports customer needs from the edge of the network to the heart of the data centre,” says Dumont.

With the addition of 3Com to the product portfolio, HP Networking’s impressive growth and market leadership in Africa is unlimited.

UK to Phase Out 5G Technology from Huawei