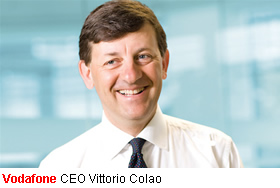 British firm, ­Vodafone, which last week announced that it was purchasing an additional 15 percent of South Africa’s Vodacom, is expected to announce job cuts that are aimed at saving its operational costs.

The company, which now controls 65 per cent of South Africa’s leading cellular network, seeks to implement various cost cuts, as it bids to generate savings of £1 billion (R16billion) a year.

While fears abound that the new measure could lead to substantial job cuts in Vodafone’s European workforce, it is still not clear how the South Africa subsidiary will fit into the announcement.

Sales for the company have apparently been very low for the communications company in the UK and Spanish markets, leading to the new plan.