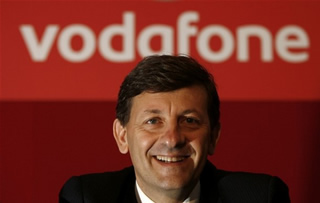 France Telecom subsidiary Egyptian Company for Mobile Services (Mobinil) is the Egyptian market leader with 16.33m customers at the end of Q2 08. It added 1.31m customers in Q2, the fourth successive quarter of market- leading quarterly gains. On an annual basis it was up 4.82m, compared to 4.28m for the prior twelve months. However, as a result of Etisalat’s growth, it lost 2.1pp of market share during the year to finish Q2 08 on 48.2% – the lowest figure it has ever recorded.

Vodafone also lost market share, a 2.7pp year-on-year decline taking its share to 44.3% at the end of Q2 08. Like Mobinil, this drop was in spite of an improvement in annual net additions from 3.84m to 4.25m. Vodafone edged past the 15m barrier during the quarter to finish June with 15.003m. On a proportionate basis, Vodafone’s annual growth stood at 25.4%, less than half the 55.5% recorded in the prior twelve months. Mobinil saw a similar trend, a 33.0pp year-on-year drop taking its rate to 59.2%.

The total market growth rate also dropped significantly, from 61.7% in the year ending 30th June 2007 to 29.2% in the subsequent twelve months. This was despite the launch of Etisalat in Q2 07. Etisalat reached 2.53m customers at the end of Q2 08, up 1.93m or 94.9% year on year. In terms of market share it claimed 7.5% at the end of the quarter, up from 2.6% a year earlier. This is a somewhat disappointing performance: given the low penetration rate, Etisalat might have been expected to make more of an impact. However, the third quarter is traditionally the strongest of the year, so we can only hope the best is yet to come.