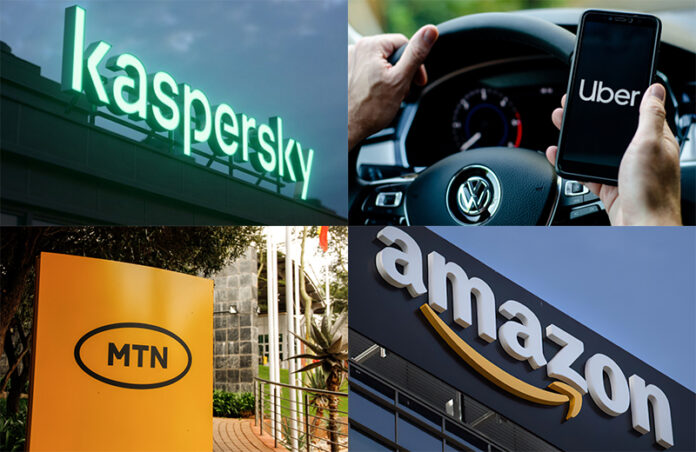 This week, alarm bells sound over the possibilities of Russian cybersecurity agency Kaspersky being coerced to use their software in cyber attacks. Amazon is blocked from breaking ground in their Cape Town headquarters.

A shift up of MTN Nigeria’s leadership, and everything you need to know about the e-hailing strike that went down in South Africa.

The high court in Cape Town, South Africa has blocked the construction of the new Amazon Africa headquarters to be built in the city, saying the tech titan had not undergone the proper process to acquire the land as it did not consider the indigenous habitants of the area.

MTN Group has announced three new senior leadership appointments in its Nigerian, Iranian and Sudanese businesses all effective as of 1 April 2022. All three appointments were internal candidates, MTN says.

2. SA’s Bolt & Uber Strike: Everything You Need to Know

On Tuesday, e-hailing operators in South Africa from Bolt, Uber and others made their way to the Union Buildings in Pretoria to hand over a memorandum of demands to the government.

To find out more about SA’s ride-hailing strike, read on.

An Italian data watchdog said it is investigating famous Russian multinational cybersecurity company Kaspersky’s antivirus software for the alleged possibility of being used in cyber attacks.