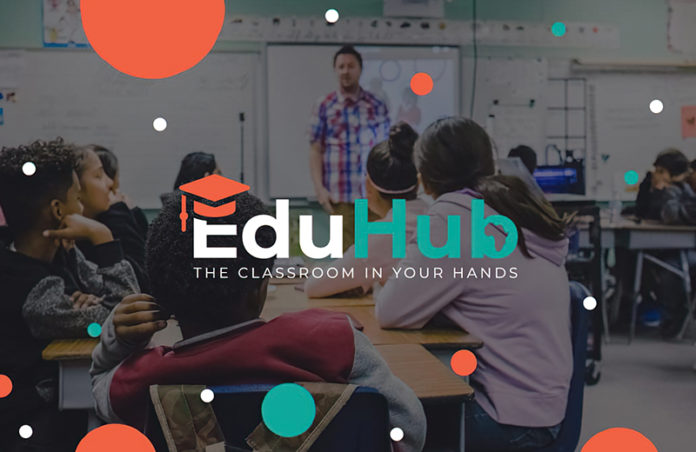 Africa is often called the “leapfrog” continent for the ability of its people to leap ahead. In terms of technology, Africans are able to leap past generation upon generation of tech in order to advance to the now, to the latest, and do it as soon as possible.

In 2020, we were forced to make a big leap, which unfortunately meant that many were left behind to desperately try and catch up. This desperation is evident, and significant when it comes to education in Africa’s most developed country.

Suddenly, over a period of a few months, every school in South Africa was closed, and their learners and staff were forced to continue their work online. For many learners, especially those in the quintile school system – a funding system that supports some of the country’s poorest schools – this translation into remote education would not be a seamless one.

Bogged down by their lower socio-economic status, these learners would have a mountain of challenges piled upon those already-existing difficulties of trying to achieve matriculation.

Thankfully, however, due to South Africa’s high cellphone penetration rate, and the free and ubiquitous nature of social media, there is room for innovation to allow those left behind to slowly begin catching up.

This is why Cape Town-based app developer Brandon Wilson created EduHub, an Android-only application that’s geared towards the students at these quintile schools, and any other learners looking for a centralised hub of education materials for Grade 10, 11 and 12.

EduHub contains a wide array of materials from explanation videos, to past papers, memorandums, to marking guidelines, to worksheets and textbooks – all in either video or PDF format. The app’s name is the deal, Wilson sought to create a singular entity where learners could find a plethora of information and resources to aid them in going through their studies.

Wilson, who himself was educated through quintile schools in the Western Cape, formed the idea for EduHub during the onset of the COVID-19 pandemic and subsequent hard lockdown of South Africa.

“During the hard lockdown, I obviously had a lot to think about and reflect on and I felt that the schooling system that I went to, I was thinking that if this pandemic hit during our time, myself and my schoolmates would have been absolutely nowhere,” he says.

Now an application developer, Wilson wanted to make a difference at the kind of schools he went to as a child, understanding the new challenges remote learning would place on the students. Wanting to be part of the solution, Wilson got to work.

“I could somehow help with this. This thing that’s happening in our country”

Wilson understood that while the children that go to these schools did not have a lot in terms of material wealth, they did make significant use of social media through their smartphones, which are becoming only more and more affordable.

“Most kids are on Facebook, most kids on Instagram, TikTok, and it really doesn’t matter if you’re from a very affluent background to the poorest of the poor. I kind of envisioned that there was an app right next to these applications that are already so popular, and the way teachers could reach the kids was through this very low-end application,” Wilson says, explaining that the application had to be low-end to reduce data costs in terms of downloads. EduHub only requires about 12 MBs of storage space.

During the planning phase for EduHub, Wilson discovered that students were frequently turning to social media to try to find supplementary educational materials to help them with their studies. Social media makes sharing of these materials easy and quick, but what happens is that the unstructured sharing of material eventually descends into chaos.

“I discovered that a lot of the kids were on WhatsApp groups. From these groups, they would obviously swap question papers, memos, but what’s going to happen is, eventually, as a student, you’re going to be on eight or nine WhatsApp groups or even more. This is honestly not the way to go,” he says.

“We need a central hub, a central resource, where you can fetch from one application and get the information that you require on all your subjects. You can’t belong to eight or 10 different WhatsApp groups, and another group with one of your educators, or six of your educators. It just isn’t going to make sense.”

Wilson, and a small team of developers, built EduHub from the ground up and made it as simple to update as it is to use.

“I built it in a way that if educators want to email me documents. They can send them to me, I can just plug them in. Then it’s easy for me to put up a question paper, easy to say it’s ‘Mathematics Paper 1 from 2019,’ for example.”

Any documents or materials uploaded to the app can be labelled with specifics, minimizing any confusion on the students’ part.

“I can say the paper is from the Western Cape, and then I can put the memorandum in afterwards. Kids receive it onto the phones, and it’s in order.”

Wilson, who is passionate about not just plugging up South Africa’s problems, but finding longer-term solutions, hopes to help as many lower-income students as possible who are learning remotely. To Wilson, the pandemic is more than a physical ailment, it affects mental health as well.

“We need to help people’s minds and educate as many people as possible during this time, the pandemic is not [just] about the COVID-19 disease hitting your lungs, it’s hitting kids, people’s minds – minds that are going to be affected,” Wilson explains, saying that when education begins to fail, other societal issues begin springing up.

“Once the education process is messed up, guess what’s going to happen? The spin-offs are more unemployment. And we all know about crime rates. There’s going to be so many spin-offs. And it’s just all going to be in the negative.”

To the end of helping as many as possible, the EduHub application is completely free, and at one point, Wilson says, he tried to give the app to the Department of Basic Education but was met with a disappointing response.

Unphased, EduHub has managed to gather a steadily-growing user-base, reaching 5000+ users in the three months since its launch, and Wilson is planning to add many new features including an option for teachers to place worksheets, as well as a homework feature that will allow educators to upload question papers on a timed basis. If then a student doesn’t upload the completed homework in time, the portal closes.

He says he also wants parents to become integrated into how the app works, and when students do or don’t do their homework, parents will be notified.

Wilson says he wishes to keep the app as a non-profit, and as a startup NGO, and without any major investors, Wilson has turned to crowdfunding to support the application’s future, especially as it gains more and more users. Wilson estimates that server costs alone will amount to R80,000 ($5549,97).

Currently, EduHub has been listed on South African crowdfunding platform BackABuddy. Wilson says that transparency is important to him, and any who donate to EduHub through BackABuddy will be shown exactly what their money will be used for.

Above all, says Wilson, the creation and launch of EduHub have been like a dream come true and that the development of the app aided him in coping with the hard lockdown and pandemic.

“I was in space where, obviously, like a lot of Africans and people around the world, I was asking ‘What’s going on?’ ‘What’s my future?’.”

“It was sort of like, well, if I’m in this place, why don’t I just give [back to my community] and that’s what I did. I just went, okay, this is my skill, I’m going to do this.”