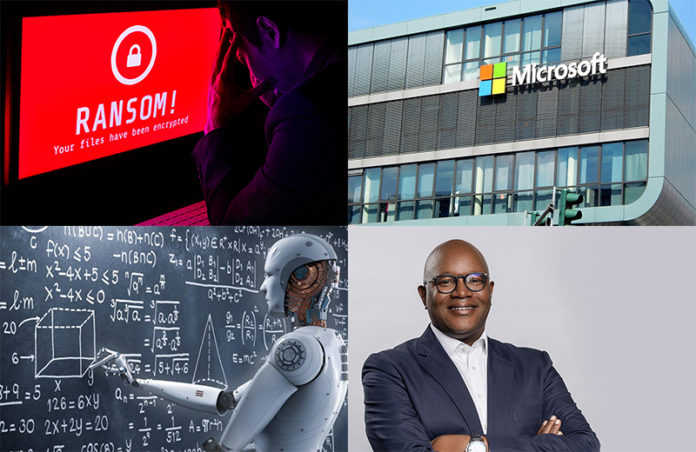 This week was capped by Telkom choosing who would fill its top executive role. Readers were also engaged by a story in which an AI-made invention won a patent in South Africa, the first country in the world to do so.

Finally, Microsoft launches its Windows 365 DaaS platform, and the top 9 things to keep in mind in order to prevent future ransomware attacks.

Telkom has appointed Serame Taukobong as the Group CEO Designate with effect from 1 October 2021. He will be taken over the position from Sipho Maseko who is set to exit the company on 30 June 22.

Taukobong currently serves as Telkom’s CEO of Consumer & Small Business, joining the telco in 2018, and previously worked as an executive for the MTN Group, where his most important tenures were as Head of Marketing for MTN South Africa and as the CEO of MTN Ghana.

3. SA First Country in the World to Award a Patent to an AI-Made Invention

South Africa is believed to be the first country in the world to award a patent to an invention created by an artificial intelligence (AI).

The invention is a new interlocking food and beverage container based on fractal geometry entirely conceptualised by a non-human AI device – DABUS – the Device for the Autonomous Bootstrapping of Unified Sentience.

Windows 365 is Microsoft’s newest remote desktop offering, one that builds upon and complements its Azure Virtual Desktop. The service will allow users to bring their Windows PC desktop, apps, tools, data and settings to their personal or work devices, including other PCs, Macs, iPads, Linux and Android devices via a native Remote Desktop application or web browser.

Read on the discover the service’s two editions and pricing.

Ransomware attacks have become a massive problem for almost every industry and every organization size.

Recently, South Africa’s port authority Transnet was struck by a massive ransomware attack that left the country’s ports crippled for nearly a week.

Read on: The 9 things users should consider in order to give their organization the best chance of avoiding ransomware attacks.