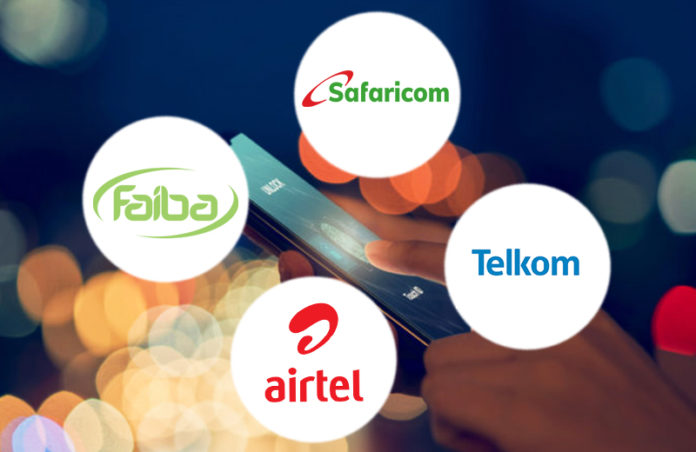 The analysis only takes into account top mobile operators in the country, ones which account for 3% or more of total test samples in the market in Q2 2021 – smaller providers are not tested, and thus are not included in the rankings.

All operators are ranked based on their Speed Score, which incorporates a measure of each provider’s download and upload speed to rank network performance (90% of the final Speed Score is attributed to download speed and the remaining 10% to upload speed because online experiences are typically more affected by download speed).

Ookla places the most emphasis on the median speeds as those represent what most mobile internet customers will experience on a day-to-day basis.

Telkom Kenya is the slowest mobile internet operator in Kenya according to Ookla. Telkom also maintains the least consistent network but has the second least latency.

Established in Kenya in 1999, Telkom was one of the country’s first telecommunications providers. The semi-private company is 60% owned by Helios Investment partners with the rest of the shared owned by the Government of Kenya.

Faiba ranked 3rd in terms of the fastest mobile internet. The company has the least average latency on its network. In terms of network consistency, Faiba ranked 3rd, behind Airtel and above Telkom Kenya.

Faiba is the fibre optics internet branch of Jamii Telecommunications Limited. It offers FTTH (Fibre-to-the-home) and FTTB plans, as well as 4G LTE.

Airtel Kenya is the second-fastest mobile internet provider in the country. The company is second in terms of network consistency but ranked in last place as the mobile internet operator with the most latency on its network.

The telco began operations in November 2010 following the acquisition of Zain by Bharti Airtel earlier in June of the same year. The company says its network covers about 80% of the population in Kenya. It offers 2G, 3G, 4G wireless services and mobile commerce.

Safaricom is the fastest mobile internet operator in Kenya. The company ranked first in terms of network consistency as well. However, in terms of average latency on its network, it ranked second last.

The company is Kenya’s ubiquitous telecom group and enjoys a place as the uncontested leader for the country’s telecommunications sector.

Founded in 1993, Safaricom provides a large bouquet of services and solutions, from M-Pesa to mobile devices and all in-between.

Its monthly data bundles start at Ksh200 for 500MB, and upwards. The company offers personalised bundles so that users can get as much data as they would like to pay for.