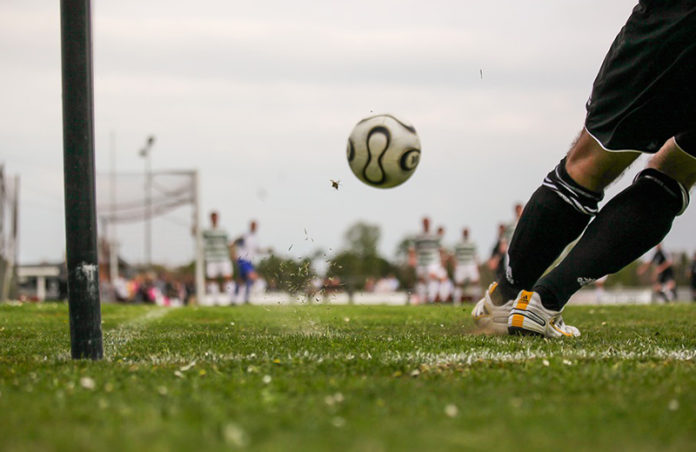 Football is the most-watched sport in the entire world. What used to be purely TV-based entertainment has now moved to other platforms as well. You can live stream football matches on your phone, tablet, and also your PC.

Here are the 5 best football live streaming apps for Windows:

Mobdro is a great app for watching football live on your PC. It’s available for both Android, Mac, and Windows. Not just live streaming, you can also easily search for old matches and watch them as many times as you like.

Mobdro isn’t just for football, there are movies and music as well. So it’s a full entertainment package for the family. More importantly, it’s a free app, so you don’t have to pay anything. Although, you could get rid of the advertisements by subscribing to the premium version.

It also caters to busy people, as you can simply bookmark the videos and watch them later.

Live Football TV is the beloved Android app for watching football on your phone. But hold on, how can you use it on your PC? Well, it’s very simple, you can watch football on this app by using an emulator.

Simply install any Android emulator of your choice and using that download for PC Live Football TV. You can pick any emulator really, so long as it’s compatible with your system and doesn’t lag while live streaming football.

The video quality is HD, which is what makes this platform the best for live streaming football. And when you do it on PC, the experience gets even better because you’re no longer confined to a tiny screen.

Another great feature is that you can record matches to view later. With over 4500 channels under its catalogue, there’s nothing in football you’ll miss.

If ESPN is your football destination, you should download the WatchESPN apps for Windows PC. It can work on both Windows PC and tablets. You can basically watch all ESPN programming on your computer at your own time.

If you’re into other sports as well, this app is a better option because it brings all popular sports in one place, including basketball, rugby, MMA, and baseball. So you’ll never be bored with this app hanging on your desktop.

In football, it covers La Liga and Bundesliga. You can also find college soccer matches on this app where upcoming talent in soccer fight it out.

FirstRow Sports is popular all over the world with football fans. It’s not really an application but a website you can use on your PC to watch football. You can use it on any browser like Microsoft Edge, Chrome, or Firefox.

If you’re one of those people who cannot wait for highlights to come on major apps platforms like YouTube, FirstRow Sports is the place to be. You’ll find highlights from a match right after, in addition, to the live streaming of matches.

Don’t expect HD quality video, but that actually works out in your favour as that leads to fewer or no lags. You can also change the resolution and keep it optimal to your needs.

You may also be able to find tickets for some matches. How cool is that?

If you’re looking for dedicated football streaming apps for Windows, there aren’t that many options. Your best bet is to use an Android emulator and run Android apps for streaming football matches. There are many apps on the Google Play store for that, including Live Football TV.

Alternatively, you can simply visit websites like FirstRow Sports to watch matches in the browser. You can go full screen to get the best viewing experience.

There are a lot of bogus and shady websites too that spread malware, so only visit trustable one.

Artificial Intelligence in Shopping: How It Is Changing the Way We Shop

This website uses cookies to improve your experience while you navigate through the website. Out of these, the cookies that are categorized as necessary are stored on your browser as they are essential for the working of basic functionalities of the website. We also use third-party cookies that help us analyze and understand how you use this website. These cookies will be stored in your browser only with your consent. You also have the option to opt-out of these cookies. But opting out of some of these cookies may affect your browsing experience.
Necessary Always Enabled
Necessary cookies are absolutely essential for the website to function properly. These cookies ensure basic functionalities and security features of the website, anonymously.
Functional
Functional cookies help to perform certain functionalities like sharing the content of the website on social media platforms, collect feedbacks, and other third-party features.
Performance
Performance cookies are used to understand and analyze the key performance indexes of the website which helps in delivering a better user experience for the visitors.
Analytics
Analytical cookies are used to understand how visitors interact with the website. These cookies help provide information on metrics the number of visitors, bounce rate, traffic source, etc.
Advertisement
Advertisement cookies are used to provide visitors with relevant ads and marketing campaigns. These cookies track visitors across websites and collect information to provide customized ads.
Others
Other uncategorized cookies are those that are being analyzed and have not been classified into a category as yet.
SAVE & ACCEPT
MORE STORIES
Opinion