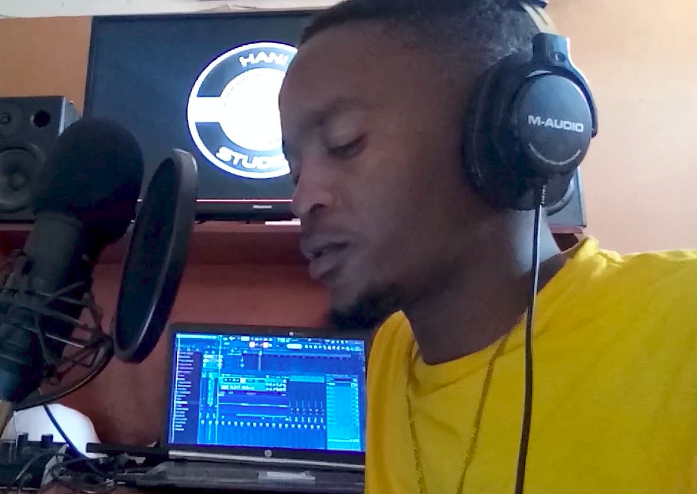 “Don’t judge a man until you have walked a mile in his shoes” – a Cherokee proverb.

Put one’s shoes on.
Many people think that problem-solving is all about imagination and creativity. Sure, hypothetically it might be quite enough to come up with an answer to certain issues after having conducted a complex theoretical study, research and organizing a technical backup. However, can imagination fully replace a real experience? Let’s run a test. Take your friend to a spacious room, grab an apple, a pear and a peach and place them on a table next to your friend, then go to the other side of the room. Now ask him/her to fetch you a pear. Easy enough? Now let’s change the circumstances. Take off your shoes and stand on uncooked beans, turn on loud music with heavy bass and stroboscope light chained to it. Put duct tape on your mouth and handcuffs on your hands. Now, ask your friend to bring you the fruit of your preference again. How does it feel? Then, what is your reaction when you don’t get what you were trying to ask for? This is, in a nutshell, how a person with Autism Spectrum Disorder can perceive reality on daily basis.

The spectrum of incomprehension.
Autism spectrum disorder (ASD) is commonly described as persistent challenges in communication and social interaction. The condition is complex and its severity symptoms vary depending on an individual case. For instance, a person with ASD can experience overstimulation with factors to which a normative person is mostly indifferent. Moreover, communication patterns used in everyday life can turn out to be unclear and not direct enough for an autistic person due to many idioms, shorthands or sarcasm. These are only a few examples of differences in perception that can come in more or less severe forms. Nevertheless, many people with ASD can be often misjudged, underestimated and misunderstood. Luckily, thanks to many organizations operating worldwide, Autism awareness has increased since the disorder was first described in 1943 and many public figures are openly admitting being on the spectrum. As positive as many pro-awareness actions are, the problem is hidden in the perception of the normative part of society. ASD can affect any individual and is not dependent on race, sex or economic status. Meanwhile, many people dismiss a child’s troublesome behaviour by blaming a “stress-free upbringing” or make false assumptions based on culturally assigned social roles (many girls and women with Autism are being overlooked). Another obstacle can be also the attitude towards ASD itself. In countries with higher acceptance and awareness about the condition, the rate of positively diagnosed individuals represents almost 1% of the society whereas, in regions, where ASD is still a reason for discomfort, it barely reaches 0,5%.

Tasting is enough.
Eswatini (former Swaziland) is one of the smallest countries in Africa with a 1,2 million people population inhabiting 17,364 km2. . The prevalence of ASD in 2017 reached 0,43% which doesn’t imply that for some reason the Swazis suffer from Autism less than other ethnic groups. The data above reflects the society’s attitude towards the condition, its rather negative perception which results in insufficient communication in legislative, medical and social channels and deprives people on the spectrum of basic services. Therefore, many parents face difficulties not only in receiving support but also in admitting that their child might be affected by ASD and face social stigmatization.
The access to the proper assistance is limited not only by the available infrastructure (three governmental hospitals provide therapy for non-normative individuals) but also budget obstacles (around 60% of the Swazi population lives below the poverty line). Under such circumstances, how can one possibly feel when suspected of this particular condition? Hani Mnzebele, TME Education Ambassador in Swaziland describes his younger self as rather quiet and not talkative. As a kid, he preferred to disassemble toys and construct new things than to socialize with his peers. He was never forced to talk a lot, his way of functioning within his family circle was just fine and just enough for his needs. However, entering the university turned his life upside down. Out of a sudden, he was surrounded by large groups of people with whom he was forced to communicate, meet, socialize, work. His incapability of dealing with high-level stimulation resulted in a mixture of frustration and fear. He started asking himself a question: what’s wrong with me?
Hani’s highly analytical mind combined with the love for knowledge and learning pushed him to find out more about the possible reasons for his struggle. His investigation led him to ASD. He explored the topic to that point, that even though he discovered he wasn’t a person on the spectrum, he felt connected to the people who suffered from constant communication issues and social isolation. Every day his emphatic attitude helps him fulfil his duties as TME Education Ambassador as he reaches out to the youth deprived of proper educational resources. Therefore, in 2019 when TME Education announced the first edition of Community Changemakers, Hani didn’t hesitate for long and submitted his project – an idea of an educational robot for children with Autism.

Make it work.
The project comprises of a voice-controlled robot and an application which allows children with communicational disorder pass their message to their family. This way they can signalize their needs or feeling by simply clicking a button on a phone to give commands. Executing the Community Changemakers project went far beyond hardware and programming. Hani and his team entered in cooperation with Litsemba Lemliba, a centre supporting people affected by ASD. A month of observations, trials and cooperation resulted in the creation of a prototype. The device was designed to be children-friendly, not cause anxiety or disturb them. Kids could communicate with the world with Hani’s voice (he recorded the voiceover himself), learn new words, improve their speaking skill or even solve quizzes and play games.

The happily ever after.
Many might think, that Hani’s endeavour ended with the assembly of his robot. However, the aim of the Community Changemakers action was to make an impact and Hani deeply understood the idea. After having completed the prototype, he handed it over to Njabulo Bhembe and his family for tests and for sake of making an actual change. It has been several months since the boy received the device and this time wasn’t carefree. The robot needed some updates and got broken once, the failure occurred due to mechanical damage caused by the user who hadn’t been familiar with that kind of solution. However, the progress made by the child was worth all of the maintenance. The device turned out to be of great support for Njabulo’s speech therapy, helped him extend his vocabulary and tightened the relationship between him and his brother.

Hani’s project is not over yet. It won’t be as long as any child in Eswatini is expiring challenges in everyday communication and social misunderstanding due to not being perceived as normative. ASD, although being classified as a disorder or condition, is in many ways just an alternative way of psychological development which is not worse, it’s just different. Being empathetic, nonjudgmental and able to actually feel are the keys to being a changemaker and acting not only on one’s behalf but also on behalf of the community.