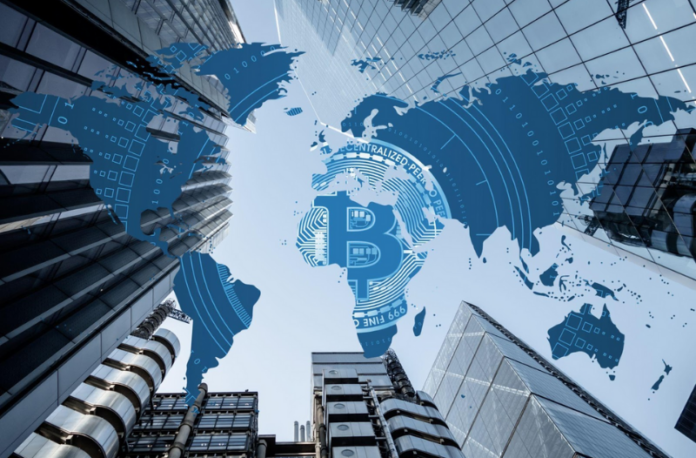 We saw the astronomical comeback of bitcoin last year, with a lot of people rushing to buy bitcoin. Throughout the first six months of 2020, bitcoin sold under $5,009, however, its price went over $20,000 by the end of the year. It is thought that the growth in institutional funds invested in Bitcoin was the major reason for the increase in the price of bitcoin and the bullish run it experienced.

This is because digital assets are fast becoming a class asset. Due to the increased gains of bitcoin and its capacity to hedge against inflation, there is a growth in the number of institutional funds being invested in bitcoin. Also, bitcoin is simple to buy and sell via p2p platforms and easy to make micro remittances.

Check out the updated list of where to buy Bitcoin in South Africa.

This firm is one of the institutions that invested so much in Bitcoin last year. It is not shocking that it has a very high interest in Bitcoin, seeing that it is an asset management firm, providing digital asset exposure to a lot of firms. With over $7.4 billion institutional funds invested in bitcoin being managed by Grayscale BTC Trust, the company owns more than 2% of the complete supply of BTC.

This business analytics firm made an investment of about $1.12 billion in BTC last year. This firm initially showed interest in BTC around August 2020. Interestingly, by the end of 2020, the firm had gotten more than 70,470 BTC, valued at over $2.2 billion. This is because the business analytics firm thinks that having BTC is a better long term investment with lots of advantages than saving cash and they decided to buy bitcoin.

Square Inc. a publicly registered monetary and merchant services firm is one of the notable firms with immense investments in bitcoin.

In October last year, the firm bought about 4709 Bitcoin valued at $50 million. Presently, this number of bitcoin is valued at about $160 million, indicating approximately one per cent of its total circulation.

This firm made an investment of about $182 million in BTC. Consequently, it prefers to buy bitcoin since it is seamless to move. Another reason why Skybridge Capital prefers Bitcoin is the fact that it is cheaper to store when compared to gold. Overall, it believes that traders and investors who wish to deviate from traditional assets such as shares and bonds should rather invest in cryptocurrency and buy bitcoin.

Coin Shares is an asset management firm that provides major exposure to digital assets via its portfolio. It possesses two trading products, BTC Tracker Euro and BTC Tracker One, which monitors how bitcoin is performing. Traders can get either of these two products at NASDAQ.

Based on Rooke Kevin’s analysis, as of September last year, CoinShares held 65,800 Bitcoin. Hence, the firm holds approximately 0.4% of the present available supply of BTC.

Many South African firms are now interested in Bitcoin and ready to invest massively in Bitcoin. Presently, the value of BTC is around $60,000 and it will be fascinating to see the reactions of investors and the value trend of Bitcoin this year.

The bullish run being experienced by bitcoin might be maintained, particularly in the 2nd quarter of 2021. One of the major reasons for value gain will be general acceptance.

We could experience more general adoption in the months to come. For example, PayPal has permitted its customers to buy bitcoin and sell utilizing their PayPal accounts. Also, several companies are already investing a lot in Bitcoin including South African companies. The current general acceptance could increase the value of bitcoin considerably.

Another thing to expect in 2021 about Bitcoin is increased interests from several institutions. As stated earlier, PayPal announced late last year that it will allow its customers to buy BTC and also sell digital assets. Additionally, South African firms have also expressed interest in Bitcoin and other digital assets.

Due to the increased institutional interest, a bullish run is being predicted for the Bitcoin market, with cryptocurrency analysts calling Bitcoin the 21st-century gold. Analysts are forecasting that the price of Bitcoin might reach over $300,000 by the last quarter of this year.

Regulatory agencies over the years have been trying to regulate cryptocurrencies. Some people are using digital assets for illegitimate activities like money laundering and drug pushing. With the increasing price of digital assets, authorities all over the globe will be scrutinizing the cryptocurrency trade this year.

Regulators might serve as an obstacle as they will try to curb illegal activities relating to Bitcoin, however, this shouldn’t affect BTC’s bullish trade majorly.

Another thing to expect this year is the competition from Central banks and major technology firms. Whilst bitcoin is experiencing an increase in general acceptance, the digital asset could experience competition from other major technology firms. For instance, Facebook cryptocurrency, Libra, could take away some interest from BTC this year even though the digital currency by Facebook isn’t similar to bitcoin.

Also, this year could see BTC facing competition from Central Banks, with many central banks already planning to launch their Central Bank Digital Currency (CBDC). China for instance is working on launching its digital currency. Although in several ways, these digitized currencies being developed by central banks will be significantly unlike BTC. You can join the bandwagon of bitcoin adopters by buying bitcoin from Remitano P2P today.