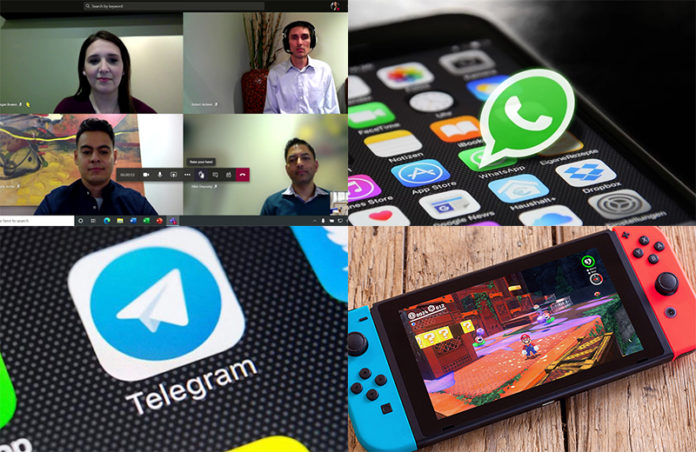 With the month concluding, this week’s top stories ranged from social media news to Nintendo being hacked.

Good news for those working from home as Telkom ramps up Internet speeds and Microsoft begins offering free Teams training to educators in South Africa as remote learning becomes more and more the norm.

5. Telkom to Support Faster Fibre for Free during Stage 4 Lockdown

The South African network provider has announced that certain qualifying Fibre and DLS customers will begin to notice improved speeds for no extra cost from 1 May 2020 – the same day that Stage 5 of the national lockdown will end.

Both entry-level and lower-end packages will be significantly improved to ensure that its customers have enough additional bandwidth to cater for work and education.

Video game titan Nintendo confirmed that 160,000 of user accounts were compromised when an exploit was found within its log in protocols. Personal information linked to these accounts, including email addresses, dates of birth, and regions were all leaked to hackers.

Nintendo has since ended the ability for users to log in through this method, effectively killing the exploit. Many users have said that hackers illegally used their money to buy Fortnite VBucks.

On the eve of this milestone, the company has announced several new features to the platform, including a new system for secure group calls in 2020.

In order to curb the spread of fake news and chain messages among its 2-billion users, WhatsApp’s new limits have managed to cut the frequency of highly forwarded messages by up to 70% across the app.

The limiting of these messages has been one of WhatsApp’s core feature changes. Now, users of the platform can forward a viral message to only one other person or group, instead of the usual five.

Microsoft is bringing free half-day training for its Teams service to academic institutions in South Africa during the COVID-19 pandemic.

This initiative aims to make this transition easier for academia and give them a head start to adopt and deploy remote learning with confidence. Any educational institution in the country is able to register for the free training online.