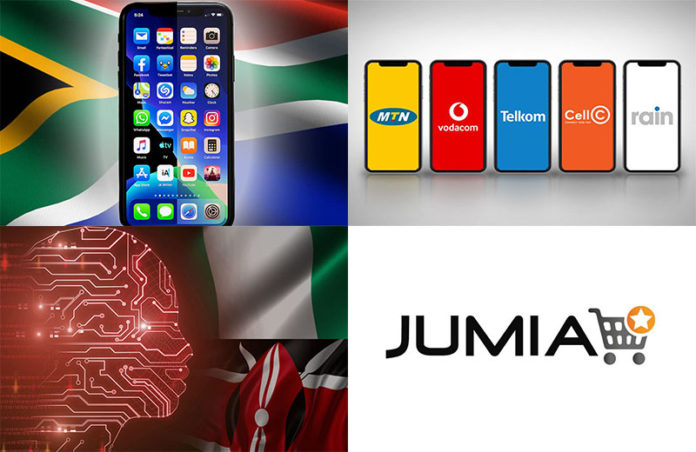 From the most popular apps in the South African Appstore and the country’s most valuable telecoms to 5 distinct ways AI technologies are being used in Kenya and Nigeria, and Africa’s “answer to Amazon” struggles to regain its footing.

Apps made in South Africa, used by South Africans every day match up quite well against international standards such as WhatsApp and Instagram – these Apps also show what South Africans need and want the most out of their smartphone experiences.

This comprehensive list details the 10 most popular apps on iOS that South Africans use, complete with further information about publishers and the apps themselves.

South Africa is the continent’s telecom powerhouse as it is home to Africa’s largest and most valuable telecommunication operators. From reasonable telecom whales to the top three communication and media titans that run the airwaves.

2. 5 Ways Artificial Intelligence is Being Used in Africa

As Africa is known for its hardships and the frustrations of its people, new innovations begin to spring up to solve the modern problems that Africa faces. Leading these innovations are developments in AI.

From retails to agriculture, Kenya and Nigeria both boast a host of startups and IT companies bent on changing the African tech landscape for the better.

1. Will an Increase in Vendorship really save Jumia?

After unfortunate decisions pulling out of two African countries, Jumia, an African retail mega-company, struggles to regain its success in 2020.

The company hopes that decreasing commissions will entice manufacturers to sell their products through them.

However, allegations of fraud mar the company’s re-ascent.