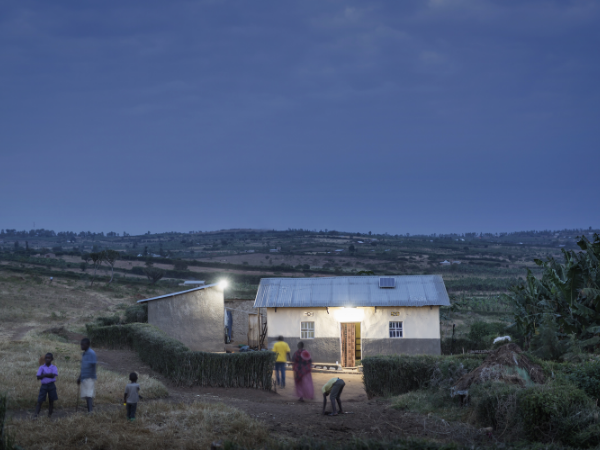 Information and Communication Technologies can enhance rural communities opportunities in Africa by improving their access to market information. For digital transformation to truly be a meaningful success, and the benefits of the Fourth Industrial Revolution to genuinely take hold, both need to be all-inclusive. That means better coverage is imperative in rural areas, especially those that have been underserved with critical infrastructure in the past.

Given the challenges we face as a planet, and the Sustainable Development Goals laid forth by the United Nations for a better world by 2030, doing business today is not just about a healthier bottom line. It’s about making a measurable positive impact on the industry and the regions that Ericsson operates in. Indeed, conducting business responsibly is fundamental to our company’s strategy and culture, with these priorities embedded across our company.

From a coverage point of view, extending the access to connectivity within rural areas addresses one of the sustainable development goals, in particular, is that of reducing inequalities. That end is accomplished by more than just enabling more people living in outlying areas to have access to the internet. It further entails enabling those communities to be able to better fulfil a wide range of societal needs. From access to education and health services to financial inclusion and enabling entrepreneurship, the societal benefits in rural people’s lives are far-reaching and profound.

The good news from an African perspective is that Ericsson has made tangible progress in other areas of the world that faced a similar challenge as that of rural Africa.

For example, in Greenland, Ericsson modernized and managed Greenland’s main telecommunication provider, Tele-Post, so as to expand coverage into remote villages, using Ericsson Radio System. The obstacles were similar, if not even more challenging, than those facing many rural areas in Africa, including harsh terrain and extreme climate.

Nonetheless, by using a combination of Ericsson Radio System and cost-efficient upgrade of sites to LTE, the project resulted in providing connectivity for residences and enterprises alike. This aided in broadband becoming the backbone of Greenland’s society.

Beyond ensuring that more people in rural areas are empowered with broadband connectivity, we need to consider emerging technologies, like the Internet of Things. We must ensure those same communities are able to benefit from that development as well.

Recently, Ericsson completed a long-range narrowband IoT (NB-IoT) deployment, which enabled IoT connections from as far away as 100 kilometres from the nearest base station. The network’s ability was demonstrated with a sensor from a solar-powered weather station, which reported temperature, relative humidity, rainfall and leaf wetness.

This approach enables local operators to increase penetration into rural and regional parts of the country. For farmers in other rural areas, particularly in Africa, the possibilities of IoT for farmers in rural areas are significant. The ability to leverage data means that they could plant crops more efficiently and maximise their yield.

Rural communities need not be exempt from the benefits of broadband and IoT connections. The technology is available and where Ericsson has deployed it, the results have been an unmitigated success.

However, reach is not the only challenge to connectivity in rural communities and remote areas. The power grid is another, and Ericsson has workable technologies to address this as well. Rural, off-site grids typically employ a diesel generator and battery, but this is costly and the CO2 emissions are detrimental to the environment.

To address this, in conjunction with Maroc Telecom, Ericsson rolled out a 3G modernization program using a solar hybrid solution in the Central African Republic. This translated into 7.2 fewer hours of generator run time that was needed per day, and a saving of 7000 litres of diesel per site. Additionally, it also had a positive impact on the bottom line, reducing total operating expenses by 50% annually.

As well, in Myanmar, our Pure Solar project showed the effectiveness of fully leveraging solar power. Together with Telenor, Ericsson deployed a 500 Watt solar powered site, which featured 2G, 3G and LTE connectivity across three bands. The result was a notable 75% reduction in power consumption while retaining full coverage, service quality and performance. It also mitigated the dependency of diesel and made solar more economical.

Much like technology has made working from anywhere a viable opportunity for many industries, so connectivity need not be constrained to urban areas. Bringing more communities in outlying and rural areas into the digital era is not just an achievable potential, it’s now a moral responsibility.