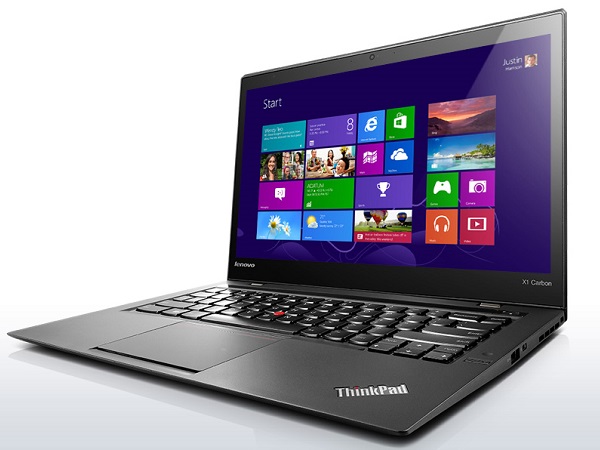 Lenovo has yet again built another superb laptop that not only looks sleek and stylish, but also packs in a plethora of powerful tech under its hood. When taking a closer look at the Lenovo ThinkPad X1 Carbon, we found that the latest Ultrabook features a 14-inch WQHD (2560 x 1440) 10-point touch-enabled display, which allows for easier navigation around the preloaded version of Windows 10 Pro. Along with the touchscreen, the latest Ultrabook from Lenovo also comes equipped with touch-pad navigation as well as a keyboard-based pointing stick for easier navigation and control.

While navigation has been made easier and more streamlined, the Lenovo ThinkPad X1 Carbon is also a powerhouse under the hood. The device features a long-lasting battery, which offers up to 10 hours of use on a single charge (Usage may vary depending on applications used). 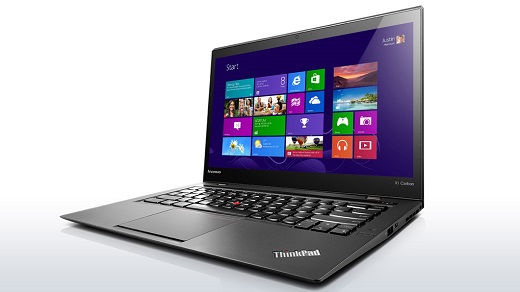 During the review process, we managed to squeeze around 9 hours of continues use out of it while doing day-to-day tasks such as video editing, photo editing, and general internet browsing. While 9 hours of charge may be enough to get a day’s work done, the device also comes standard with a RapidCharge technology. Once plugged into a charge point, RapidCharge technology will get the Lenovo ThinkPad X1 Carbon’s battery life back up to 80 percent in just under an hour.

Moving away from the internal components, the Lenovo ThinkPad X1 Carbon is a stunner when it comes to build quality and visual appeal. Constructed with magnesium and carbon fiber reinforced plastics, the device has been made to withstand dust, vibration, scratches, and although not tested within this review, it can withstand – according to Lenovo – radiation, water, humidity, solar radiation, and fungus.

When taking a closer look at the outer shell of the device we found that it is 17.7 mm thin and features 2x USB 3.0 ports, a Mini Display Port and a HDMI port, a Headphone/Mic 3.5mm jack, FPR, and an Ethernet Extension Connection. As the device is an Ultrabook, is does not feature a DVD/Blu-Ray drive. Additionally, the device lacks an SD Card slot; however, external devices can be connected in order to extend upon the functionality needed by the user.

When opening the lid of the Lenovo ThinkPad X1 Carbon consumers will immediately notice the devices 14-inch WQHD display features an anti-glare screen as well as a backlit keyboard, which is essential in today’s busy business world… especially during meetings, conferences, and seminars.

Apart from being visually appealing, the Lenovo ThinkPad X1 Carbon is also an extremely portable device. Weighing in at 1.2 Kilograms, the device is light enough to travel with either on international business trips, or back and forth from the office. Along with the 9-10 hour battery life, this makes the Lenovo ThinkPad X1 Carbon the perfect business partner for the world traveler, or the office warrior. 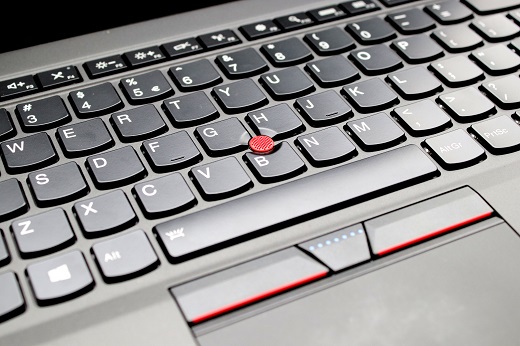 Conclusion:
The Lenovo ThinkPad X1 Carbon is power device that comes with mostly all the bells and whistles. The touchscreen is a pleasure to use and the overall build quality is absolutely superb. To add to the features, the Samsung PCIe NVMe Solid State Drive, 8GB RAM,  and the powerful 2.40GHz Intel Core i7 5500 U CPU make the Lenovo ThinkPad X1 Carbon one speedy Ultrabook.

While the device has excelled in most areas it does, however, lack an ethernet port and SD Card reader. To add to this the device could have included a few more USB slots, which could ultimately host external devices such as Blu-Ray or DVD Drives.

Overall, the Lenovo ThinkPad X1 Carbon is a lightweight powerhouse, which ultimately makes it the perfect business partner for the world traveler… or the office warrior.