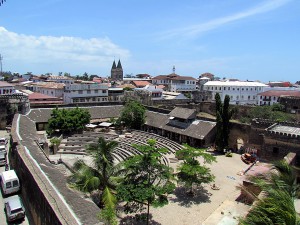 Tanzania’s government, according to thecitizen.co.tz, has warned mobile operators that heavy penalties will be dished out for delays in extending telecommunication services to remote areas through the Universal Communication Services Access Fund (UCSAF). The fund subsidizes telecommunication companies to expand services considered uneconomical.

According to the report, a number of legislators have complained that even as the companies were provided with funds, they were taking their time in implementing the projects.

This prompted the Minister for Works, Transport and Communication, Makame Mbarawa, to state that the government will not hesitate to penalize mobile operators who fail to implement the projects on time.

Deputy Minister of Works, Transport and Communication, Edwin Ngonyani, followed up by revealing that the government was aware of communications challenges facing people in the constituency. He further noted that, through UCSAF, the government picked Tanzanian Telecommunications Company Limited (TTCL), which was provided with subsidiaries amounting to $107,968 to undertake the initiative.

Within the report, it was revealed that Ngonyani had further stated that villages which have not been covered during the first phase, will be considered in the second and third phases.