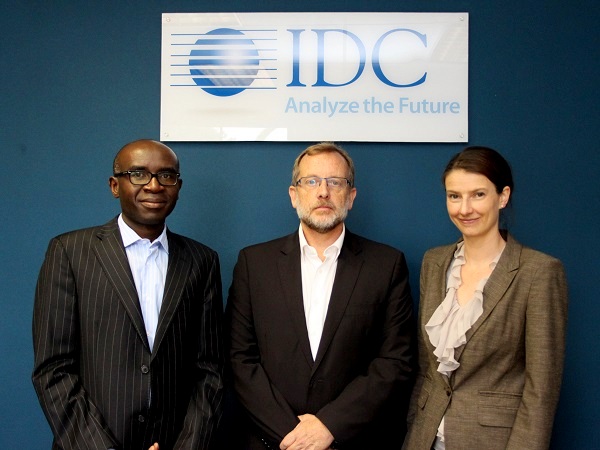 Digital transformation is driving a need for business and IT to work much more closely together to realise business imperatives.

While this need has always existed, the increased involvement of lines of business (LoB) and the need for a more business-focused conversation, is speeding up this discussion and making it crucial to organisational effectiveness and success.

These are some of the trends that emerged during the recent IDC South Africa CIO Summit, aptly themed ‘Digital Transformation’.

Mark Walker, associate vice president for Sub-Saharan Africa at IDC says: “Last year’s summit focused on the Third Platform and what some of the trends surrounding that topic were. This year the focus was on the impact of the Third Platform and how organisations are integrating, implementing and informing themselves in terms of digital transformation, in addition to assessing the impact thereof.”

Now in its 8th iteration, IDC South Africa CIO Summit is part of a worldwide IDC initiative, with similar events hosted in cities across the world. IDC does an annual survey that compliments the actual CIO Summit itself to get a sense of what is top of mind for CIOs, what their investment plans are and what challenges they are facing. “There is always a challenge around securing IT budgets,” says Walker. “That coupled with a shortage of skills and a growing need for business and IT to talk to each other as a result of digital transformation were some of the key trends that emerged during this year’s discussions with the 100 CIOs in attendance.”

He adds that from a technology perspective, IDC sees a lot of investment in advanced security. “Security continues to be a key priority for the CIO. We are also seeing an increased focus on disaster recovery and business continuity and, interestingly enough, we are seeing that once companies have invested in these areas, the next part of their budget is invested in the Third Platform, specifically around enterprise mobility and cloud solutions.”

Walker says that the survey discovered that there is a lot more maturity in how CIOs use scientific and rational thinking to plan from an IT perspective. “As a result, there has been a lot of interest in the IDC DecisionScapes and MaturityScapes models. CIOs want to use these methodologies to get a clear understanding of where they are, where they should be headed, what actions they should take and, from a benchmarking perspective, how they compare to their peers.”

Leading in 3D
One of the key discussions that took place over the 2-day event was around how the CIO takes a leadership position within the organisation and then how to lead with intent. “We focused quite heavily on how the CIO can makes a difference in this era where traditional IT departments are being downsized significantly, and where they have to change rapidly and embrace new technologies, and become far more business focused,” says Walker.

Some organisations would stop there in terms of their leadership guidance, but he believes the next step is critical. “The third step is why we call it leading in 3D. The innovation incubator has insights which need to be filtered back into the mainstream organisation. Conversely, the mainstream organisation, that is operating at scale, has lessons that can be shared with the innovation incubator.” An example of where this has not been done was Netflix Prize.

“Netflix held a contest, with a $1-million prize for someone to produce an algorithm that could better predict the next movie you should select, that you would like. However, when someone did develop an algorithm that was better than theirs, Netflix could not implement it, because the company’s at-scale operation could not take these innovative ideas and infuse them into the core business. So, for leaders going forward, that is the challenge – how do you manage the diffusion of ideas between your innovation incubator and running an at-scale business?”

What sets the leaders apart?
Pucciarelli says that according to their research, the companies thriving in these new digital opportunities are embracing the use of emerging technologies. “I am not talking about playing with it in a lab,” he says. “I am talking about deploying these technologies out to customers and partners, and, frankly, having the courage to fail publicly.”

They are also focusing on how they can produce revenue from these new technologies. “Again it is not playing with toys in a lab. It’s also not just rolling these technologies out for the sake of rolling them out, but is focused on a particular market segment to determine how they can use these new technologies to create tangible value that people will pay for.” Pucciarelli says the third area they are focusing on is creating an Omni-experience for customers. “That is a unified electronic presence, with a physical presence so that they are reinforcing their brand and the goods and services they provide to their customers,” he concludes.