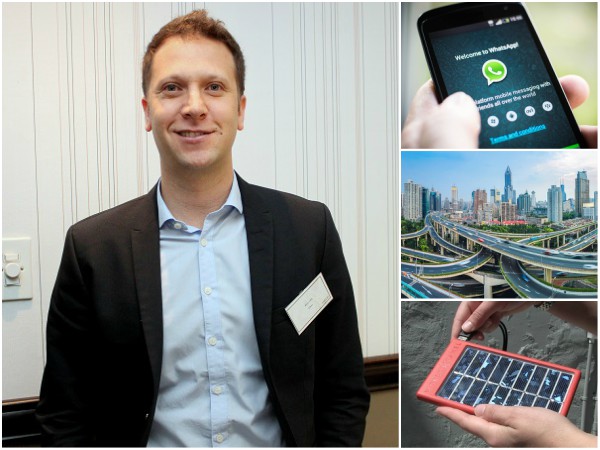 MTN to include World Panel SunStream in new bundle
MTN South Africa launched its new promotional package featuring World Panel’s SunStream which allows users to stream electricity from the sun directly into their mobile devices. The new bundle was announced at an event in Mthatha with executives from MTN and World Panel Inc. present. Read More.

Facebook to use Artificial Intelligence to Help Blind People ‘See’ Social Media
While visual content provides a fun and expressive way for people to communicate online, consuming and creating it poses challenges for people who are blind or severely visually impaired. As a result, some people may feel frustrated and excluded because they cannot fully participate in the conversations around photos that take place on Facebook. Read More.

Uber South Africa reveals reasons behind rate cuts
This past week Uber had recently revealed that, as of Thursday 07 April 2016, the company would be reducing rates on UberX in Cape Town, Johannesburg and Durban by up to 20%. While this does make the service more attractive to consumers, more than 200 Uber drivers have called for strike action in Cape Town, South Africa over the company’s proposed tariff amendments. Read More.

Forget the Smart City, time to think about the smart Smart Citizen
By 2050, it’s expected that nearly 80% of South Africans will be living in urban areas. This massive acceleration in rural-to-urban migration was highlighted recently by Co-operative Governance and Traditional Affairs Deputy Minister Andries Nel. Read More.

SA online retail to pass 1% of total retail in 2016
For the first time since the dawn of e-commerce in South Africa, online retail in this country will reach 1% of overall retail during 2016. This is the most significant finding of the Online Retail in South Africa 2016 report, released today by World Wide Worx. Read More.

Optimising mobile data usage in Africa is key
With the majority of consumers in Africa accessing the internet via mobile devices, the issue of how to optimise data usage to effectively manage costs has become a major topic of discussion. Read More.

Top 5 IT headaches solved by the cloud
Companies across Africa and the world are discovering that cloud computing is a pretty neat way to procure the services necessary to do business. Cost consistently comes up as the primary advantage of cloud solutions – but they have many benefits beyond the price tag. Read More.

Huawei Mate 8 launched in South Africa
At the launch event Charlene Munilall, General Manager for Huawei Consumer Business Group SA stated that: “The Mate 8 represents the pinnacle of style, innovation and ground-breaking technology that introduces a new style of business. The Mate 8 has set a new standard in style that transcends its beautifully-crafted exterior to deliver a mobile companion that meets the needs of today’s always-connected and sharing user.” Read More.

Huawei unveils P9 smartphone
Huawei Consumer Business Group has unveiled the company’s latest device, the P9 Smartphone. The latest device from Huawei has been created in partnership with Leica Camera AG and is, according to Huawei, the world’s first Leica dual-camera smartphone. Huawei also used the launch event, which was held in London, to introduce its new B3 Talkband wearable wristband. Read More.

South Africa: LG G5 launch date and pricing revealed
As revealed by LG Electronics (LG) at a press conference held in Johannesburg, the company is expecting to launch its latest device – the LG G5 Modular Smartphone – from the 15th of April 2016 in South Africa. Read More.

SEGA Mega Drive Classic Game Console Review
The SEGA Mega Drive Classic Game Console, also known as the Sega Genesis in North America and the Super Aladdin Boy in South Korea, has made its way back to the South African market. Now for those of you who grew up in the late 80s and early 90s will know the original SEGA Mega Drive featured some rather iconic video games titles, which included the likes of: Sonic the Hedgehog, Streets of Rage, Golden Axe, Crack Down, Altered Beast, and Mortal Kombat 1, 2, and 3. Read the Review.