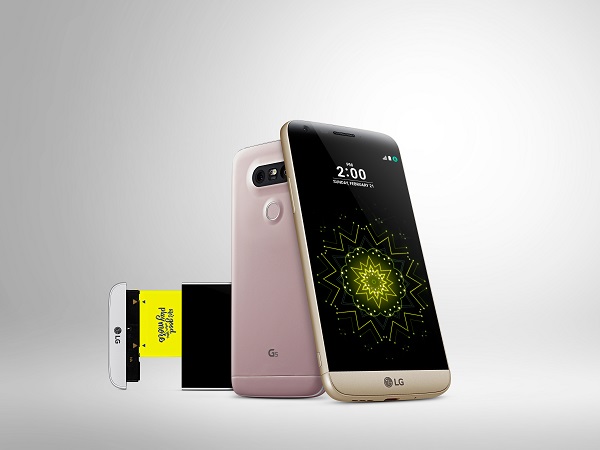 As revealed by LG Electronics (LG) at a press conference held in Johannesburg, the company is expecting to launch its latest device – the LG G5 Modular Smartphone – from the 15th of April 2016 in South Africa.

The latest device from LG features a Qualcomm 820 Snapdragon Processor, which is accompanied by 4GB RAM. To add to the features of the device, it comes with a 5.3-inch 3D Arc display, which features a resolution of 2560×1440.

According to the company, the Android 6.0 powered device also comes standard with dual 78- and 135-degree camera lenses for extreme wide angle shots, an Always-on Display that requires no button-pressing to get the latest information and Dolby Digital Plus and 7.1 channel audio for cinema-style sound that delivers dialogue and nuanced effects clearly even in loud environments. The LG G5 also supports IFTTT (If This Then That), a smart solution that allows users to create a series of action programs called recipes to boost productivity and efficiency.

LG also revealed that it had simplified the graphical user interface with a simple, flat look while applying a bright color combination and a semi-transparent blur effect to the GUI. In addition, animation and feedback effects are choreographed at the right moments to deliver a playful and enjoyable experience. 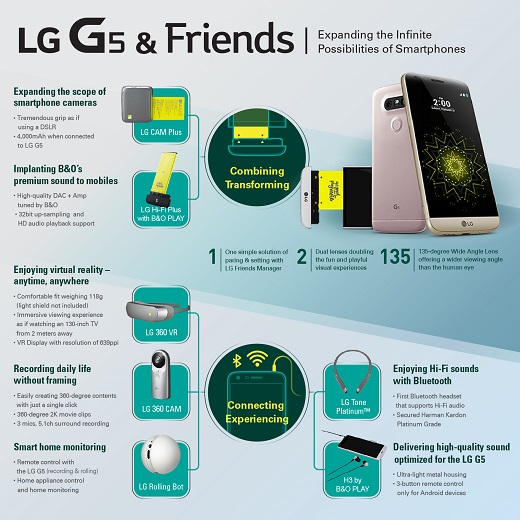 According to LG, the G5 will be available at a recommended retail price of R11,799 at launch.