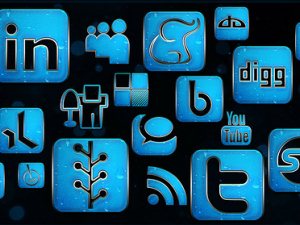 In a new report issued by Ovum, The Applicability of Social Media for IT Service Management, the independent technology analyst claims that IT users will increasingly view “social software” as a must-have. This comes as demand for support of bring-you-own devices (such as the iPad) increases. Ovum expects that failure to provide access to “social software” could result in issues for IT departments. Rather, companies should work out ways to use “social media”to their advantage.

Mark Blowers, Ovum lead analyst and co-author of the report, said, “IT users are coming to expect similar levels of interaction in their corporate lives as they do when conducting online life as private consumers. Social media tools can work well in IT service management, especially in bringing about improvements in the service provided to users.

“Delaying an organisation’s participation in incorporating social media IT service management related functions could be a big mistake. As IT service desks increasingly move up the agenda in terms of importance for organisations, integration of social media will be seen by employees as a must-have, and a lack of availability could generate inefficiencies, such as workarounds, creating compliance issues.”

Mainstream social media channels are already being used by some organisations to convey information about IT issues. For example, Twitter is used to broadcast information about incidents and alerts, particularly by small enterprises that do not have access to a bespoke system and by large organisations, such as Internet service providers, that take advantage of its wide reach.

According to the report, enterprises need to take this ad-hoc use forward and integrate their IT service management facilities with the appropriate social media.

Blowers commented, “Organisations should be taking steps such as integrating IT service management with Twitter feeds. This allows business users to turn a tweet into a customer support ticket known as a ‘twicket’. When responding, the service desk agent can respond quickly to the Twitter account or privately using the Twitter Message facility.”

Beyond digitisation: The four vital cornerstones of excellent customer experience

Today’s CIO serves as mission control for the company