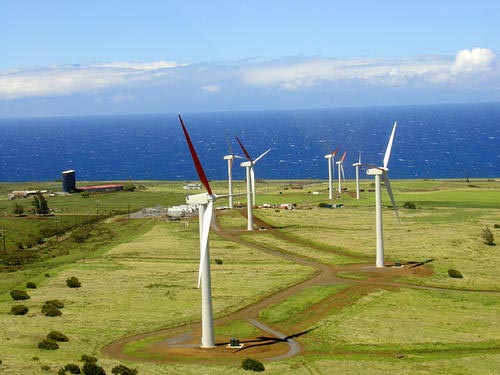 The industry has been talking about wind power for a long time, however, the technology has improved massively over the last few years and we are now starting to see commercial base stations in Africa being powered by either wind-alone or hybrid wind-solar solutions.

Previously the technology wasn’t really mature enough for deployment on a mass-scale. It was too expensive, required a lot of maintenance and the turbines were large, heavy, difficult to install – and most importantly required high wind speeds.

Wind is now getting ready for large-scale commercial rollouts as the size and cost of turbines has come down and they are now capable of working at much lower wind speeds of around 3 metres per second.

The telecoms industry has united in accepting that diesel-generators are neither a commercial or environmentally sensible way of powering base stations in rural off-grid locations.

The GSMA estimates that nearly 639,000 off-grid base stations will be rolled out across emerging markets by 2012. It is aiming for 118,000 of these to be powered with renewable energy.

“Renewable energy base stations are the best way for mobile operators to extend their networks off-grid while minimising energy costs and their impact on the environment”, says David Taverner, Senior Programme Manager with the Green Power for Mobile (GPM) initiative set up by the GSMA. The programme encourages operators to opt for base stations powered by renewable energy in off-grid areas instead of diesel generators.

Solar has traditionally been the preferred technology for powering equipment in off-grid areas as an alternative to pure diesel. But solar panels require a large space, are relatively easy to steal and not suited to areas prone to fog and clouds.

Wind-powered networks are being rolled out in all kinds of places in Africa – both off-grid and on-grid – and also in new sites and for retrofitting existing sites.

In off-grid situations wind power is being used to reduce the reliance on diesel generators. In some scenarios operators are saving around 50% of the diesel consumption for existing remote rural sites, sometimes up to 100% of diesel (repeater sites). Plus, of course, the costs of transporting the diesel and risks need to be factored in.

Wind is also being used by some operators to compliment solar-generated power. Solar is used during the day and then wind is used day and night to both power the network and charge up batteries.

The Business Case for an existing site depends on a number of factors:
• Average wind speed in the area/site
• Height of the tower
• Site load, maximum load during the day
• Site design, the number of TRX, base station type, transmission
• Installed Battery capacity
• Wind as a backup, or primary source, Solar elements
• Accessibility of site

Obviously costs depend on the vendor chosen but as an estimate the cost of buying and installing two turbines which can power a typical rural GSM Base station requiring 600 watts on an existing tower with 6-7 m/s of wind is around ZAR 114,000 – 152,000.

Wind power is now ready for commercial deployments. Some governments are intervening to support the use of wind power and encourage the creation of mini windfarms which can be used by multiple operators. The old way of using diesel as the primary energy source or backup will result in higher costs over time while wind has the opposite effect.