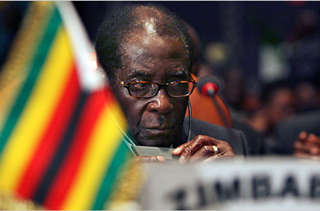 THE move by Zimbabwe’s government to grant its cellphone networks permission to bill subscribers in foreign currency has come under fire from pro-democracy groups.

Among these is the Media Institute of Southern Africa (MISA), which slated the move as a violation of the rights of the impoverished citizens’ to communicate.

“Zimbabweans find themselves increasingly silenced by a plethora of laws that suppress dissent and now added to that, the prohibitive cost of simply talking,” MISA said in a statement made available to ITNewsAfrica.

The denunciation comes after Telecel, NetOne and Econet Wireless increased their tariffs to between US 26c and US 28c.

“For this reason, access to tools such as the Internet, fixed and cellular telephony networks have become a privilege for a few, going against the emphasis of the World Summit on Information Societies (WSIS), Tunisia 2005,” MISA added.

The Zimbabwean currency has lost value over the years, a result that forced service providers to charge their services in foreign currency in a country where inflation was last estimated at 230 million percent.–ITNewsAfrica.