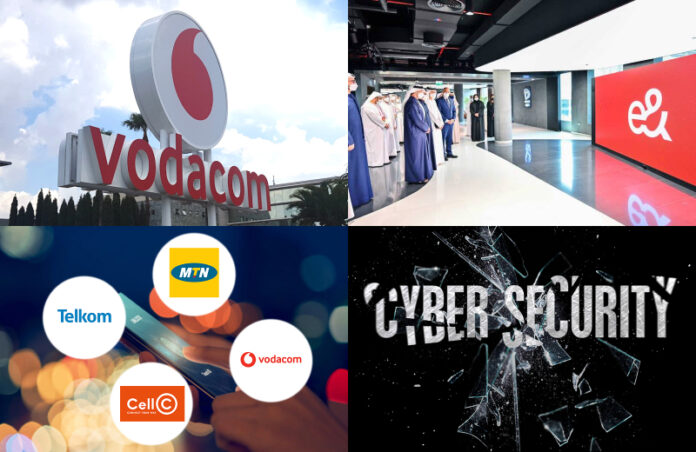 Vodacom launches an AWS lab in South Africa, E& announces plans to expand from the UAE to Africa and further abroad.

Which mobile internet network is the best in South Africa, and which South African cybersecurity companies are worth your time

4. 3 South African Cybersecurity Companies You Should Probably Know About

Cybersecurity involves the application of technologies, processes and controls to protect systems, networks, programmes, and data from cyber-attacks. In Africa, cybersecurity has been identified as a point that needs urgent growth to protect the ever-more online users across the continent from threat actors.

Read on to discover which 3 South African cybersecurity companies are worth your time and knowledge.

3. E&, Formerly Etisalat, is Looking into an African Expansion

The UAE’s E& is reportedly looking to begin expansions into new markets in Europe, Asia and Africa.

The telecom is also seeking to expand beyond telecoms into new products such as financial technologies in a bid to drive new growth, according to its CEO.

Internet and connectivity speed tester Ookla has released its market analysis for South Africa, ranking the country’s fastest mobile internet operators for the last quarter of 2021.

Read further to discover which telecom was shown to have the best mobile internet network in South Africa.

According to a statement from Vodacom, the laboratory will focus on accelerating technology innovations across different industries, delivering faster scalability, and creating the opportunity to use infrastructure and technologies to solve business challenges.