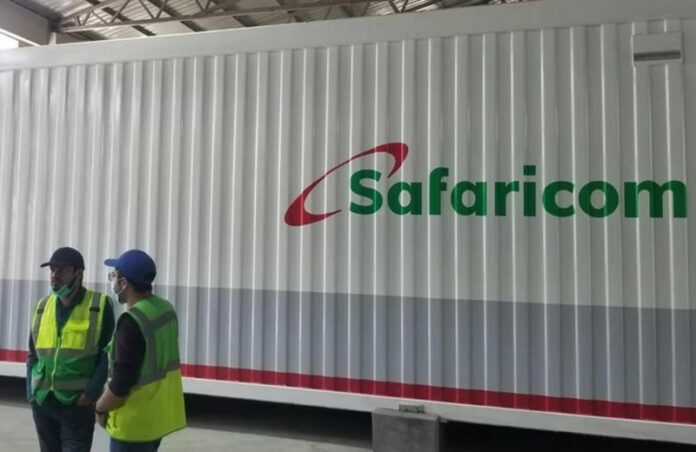 2 years after the Kenyan telecom powerhouse made its initial foray into Ethiopia’s virtually untapped mobile and internet space, Safaricom is finally ready to begin commercial operations in the Horn of Africa country having set its launch date for April 2022.

Now, mere months before its highly anticipated launch in the country, Safaricom has spent $100-million on a pre-fabricated data centre in Ethiopia, with another two centres in the pipeline for the near future.

The $100-million facility was reportedly constructed in China by Huawei and Nokia and delivered to Ethiopia for Safaricom’s use. This is all less than one year after a Safaricom-led consortium of telecoms and other firms from South Africa, Japan and others, were awarded a highly sought-after operating license to conduct business in Ethiopia which only has one other telecom firm – Ethio Telecom.

Safaricom is planning to build two more data centres within the next five years in Ethiopia and will also see to the establishment of about 700 network towers as part of its drive to improve telecommunications infrastructre in the country. In the meantime, Business Insider Africa reports, that Safaricom is in talks with Ethio Telecom to leverage some of the state-owned operator’s already-existing infrastructure.

The establishment of the Safaricom data centre in Addis Ababa is just one amongst a few other milestones achieved by the Kenyan firm in the mostly rural country. Recently, Pedro Rabacal, Safaricom Ethiopia’s COO, said that “On February 5, the first successful voice call was made using Safaricom’s network with the code ‘07’. Text messaging, internet access, and other network services followed successfully.”

Business Insider Africa reports that Safaricom intends to invest as much as $8.5-billion in Ethiopia in the next 10 years. The telecom company is set to replicate all of its already successful product lines (including M-Pesa) in the Horn of Africa country.

“The Ethiopian government has affirmed that it intends to allow the consortium to provide digital financial services after establishing an environment that is conducive for competition instead of monopolisation by global corporations like Safaricom,” said Mathew Harvey, Safaricom’s Chief External Affairs and Regulatory Officer, quoted by Business Insider.