Home Enterprise IT Tintri Drives Intelligent Infrastructure so You Can Get Ready to ‘Let Go...
Facebook
Twitter
WhatsApp
Linkedin
Email 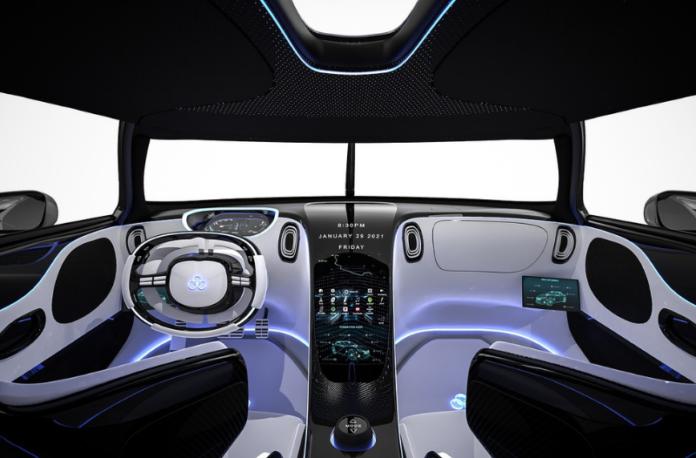 The concept of self-driving cars is controversial and tends to polarise opinion. At the heart of it is the idea that a car will be capable of the same split-second decision-making as a human – or even better – with the ultimate goal of creating accident-free roads.

For a vehicle to be autonomous, it needs to be continuously aware of its surroundings: firstly, by identifying and classifying information, and then by acting on the information through the computer control of the vehicle. And for this to happen, artificial intelligence (AI) is required, it is a critical technology in the goal of realising autonomous driving.

“One of the main premises of self-driving cars is the idea that autonomy equals safety,” says Michael Donaldson, Tintri Product Manager at value-added distributor Networks Unlimited Africa. “And while the conversations continue to engage supporters who are both for and against the concept of self-driving cars, it is a fact that we are moving rapidly towards a world in which autonomous vehicles actually exist in reality, and not only in the realms of science fiction.

“AI involves machine learning, meaning that an artificially intelligent machine such as an autonomous vehicle can take what it has learned and work out how to cope with a similar but not identical scenario, in much the same way as a human driver.”

But it is not only intelligent vehicles that are coming to the fore through AI, says Donaldson.

“Intelligent infrastructure means the automation of a greater part of the data and storage environments,” he explains, “which reduces the overheads on administrators, and also provides much better ways of keeping systems optimal and efficient. Tintri, a provider of intelligent infrastructure for virtualised and non-virtualised enterprise IT, brings better insights into systems as well as much improved insights into workload activity: how your organisation and its users are behaving as regards interaction with data.

In a recent blog post, Ram Narayanan, Senior Manager: Product Marketing at Tintri, writes that there is a growing gap between infrastructure resources and humans, and that, consequently, many infrastructure vendors are talking about AI, machine learning and automation as a means of addressing this IT skills gap. At the same, he notes that nearly 75 percent of IT professionals say that trust is a major inhibitor to adopting an autonomous approach to IT operations.

Narayanan explains, “Organisations need technology they can trust; that gives them the confidence to move forward with autonomous operations for their most important workloads. And they need technology that has a measurable impact on the bottom line…  Tintri solutions let you elegantly address the skills gap – by closing it and paving the road to higher efficiencies, lower operating costs and greater innovation from a more productive IT organisation.”

“Intelligent infrastructure must be measured by capabilities it has in bringing key benefits to the areas of administration, application and automation,” adds Donaldson. “The aim is to enable systems to automatically make changes in real-time to predict and adjust for future requirements, without human intervention. And so in this way, we can clearly see the parallels between intelligent infrastructure and autonomous driving.

“Additionally, as with driverless vehicles, trust is also a huge factor in implementing these systems. At the same time, once this trust is placed firmly in the hands of a trustworthy IT partner, such as Tintri, clients have been known to save millions of hours and billions of dollars annually. The logical first step would be to make enquiries, and see where the technology of the future, brought into your data centre today, can assist you in ‘taking your hands off the wheel’ and allowing the system increased, and intelligent, autonomy,” he concludes.

Tintri is distributed in South Africa by Networks Unlimited.