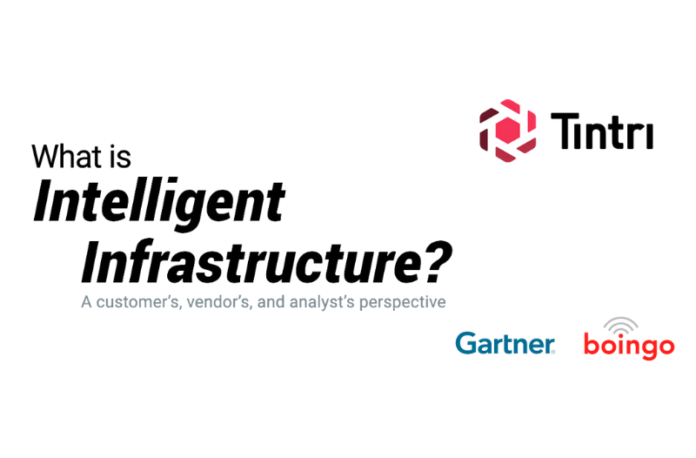 As the world’s largest IT companies realise the importance of ‘intelligent infrastructure’ in the modern data centre, the race is on between storage competitors to provide products and solutions that are actually truly intelligent, and not merely standard infrastructure.

So says Marcel Fouché, Networking and Storage General Manager at value-added distributor Networks Unlimited Africa, which partners in South Africa with Tintri, a provider of intelligent infrastructure for virtualised and non-virtualised enterprise IT environments.

He clarifies, “In order to get to grips with this challenging issue, Tintri recently held a free webcast to unpack the differences between intelligent and standard infrastructure, looking at the topic from the perspectives of the customer, the vendor and the analyst.”

The webcast set out to offer insights into the differentiated architecture and machine-learning (ML) capabilities of intelligent infrastructure, and explain how these attributes enable artificial intelligence (AI) for IT operations (AIOps) and automation in the data centre to improve operational simplicity, business agility and cost-efficiency.

Gartner’s Dawson clarified that the discussion was “…predominantly looking at the step changes that you’re going to require and need when it comes to improving the administration, application and automation functions on the road to intelligent infrastructure.’’

During the webcast, each speaker, in turn, looked at changes required to improve these functions of the data centre –  administration, application and automation, thus looking at this holistically from the perspective of an analyst, vendor and customer.

“That intelligence plane has infrastructure ML and auto-tuning, which links to the management of the operating system as well as the physical infrastructure. But it also has a business-driven policy and rules engine. This allows the automation of the functions of the state of the intelligent infrastructure.  So now it’s all auto-scaling, auto-tuning and auto-deployments.

“What’s really key here is that you realise that these three-step changes of administration, application and automation are things that vendors are going to give you to help you deploy more agile and flexible infrastructure. And in so doing, that will allow you to adapt to the dynamics that we will have throughout the next few years, as we respond in ways we didn’t think we would before.”

He noted, as a key takeaway, that it is important ‘not to focus on the labels’ but rather on the benefits that the technology and vendors can bring to you.

Tintri’s Daria explained that, when designing an intelligent infrastructure system, it is important to take note of the following requirements:

Daria said he agreed that intelligent infrastructure must be measured by capabilities it has in bringing key benefits to the areas of administration, application and automation, noting that, “Starting with automation, at Tintri we believe that it is powerful, but can be even more powerful when it’s autonomous, meaning that the system is able to generate telemetry; generate its own inferences and insights and then make recommendations as to how self-optimise, and then to autonomously execute on those recommendations.”

He continued, “We also agree that the applications should be the centrepiece of how these automation functions are executed. That’s why we focus on the persistent objects that your application is actually made up of.  Today, that is virtual machines and databases and moving on to containers. We believe that those are the units of measurement and management that we should care about, and not some of the antiquated constructs that were absolutely valid a decade ago, but which are now less important because of the advent and adoption of virtualisation and other such technologies.”

Moving on to the third focus area, administration, Daria said, “We’re really proud to show that our customers’ operational burden, meaning their administrative burden, is reduced by as much as 95 percent by just implementing these intelligent storage systems in support of their virtualisation efforts. Driving real operational benefit is really at the core of our ethos.”

Maugh of Boingo Wireless spoke about Boingo’s use, in its quest to provide high-speed Wi-Fi and cellular services to public places, of the Tintri VM Store in its data centres and how it has enabled the improvement of the virtual infrastructure experience. Maugh explained: “On our journey to be pioneers in this field, we needed a next-generation data centre that could support our backbone and our infrastructure. Boingo strives to be a leader in virtualisation, automation, orchestration and innovation, and to do this – to keep up with the ever-changing demands of the workplace – our previous storage infrastructure just was not allowing us.

“Our workloads were all over the place and we could not maintain performance… I cannot tell you the difference that it makes in performance when the storage is specifically designed to meet and attack head-on the workloads that you need to run on it.”

In addition to allowing Boingo to normalise and predict its workloads, adds Maugh, the Tintri storage solution was installed in just 30 minutes. He points out that the automation frees up the capacity of the system’s engineers, allowing them to work faster, harder and smarter and ultimately more innovatively, due to the infrastructure itself being intelligent: “When your storage is no longer something you have to manage 100 percent of your time, it frees you to innovate.”

Tintri absolutely does deliver on the promise of intelligent infrastructure,” he says. “You could not do these things that you are (now) doing on the previous storage. By improving performance, reducing latency and allowing us to forecast, and by giving me back a full-time storage engineer who can then go back and utilise all of this  intelligent infrastructure to make his job easier and performance better…these are all factors that drive your business forward and help you create a next-generation data centre.”