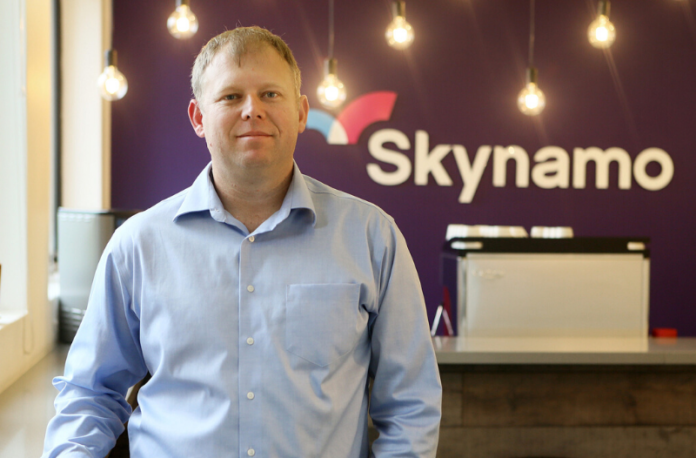 In 2013, Sam Clarke – founder and CEO of local startup, Skynamo – decided he wanted to solve a problem that had been getting in the way of business for decades. A few years later, in 2020, Skynamo went on to secure $30 million in US funding and is now putting it to good use – starting with an app that supports & protects sales field agents in the fight against COVID19.

ITNA’s Jenna Delport had the opportunity to chat to Clarke, here’s what transpired:

What first made you think of a career in technology?
I have been a tinkerer my whole life. From a very young age, I would take things apart to see how they work – often even getting to put them back together again. I started teaching myself to write software when I was 12 years old. I wrote a few programs for friends while at high school, but nothing serious.

The first time I was paid for writing software was over my summer holiday when I was 17 years old. I don’t think there was ever a future in which my career was not in technology.

What would you describe as your most memorable achievement?
One of my best memories was my December holiday that was not meant to be in 2012. Skynamo had been operating for 7 months or so and in late November we signed what was a very big customer for us at the time.

They initially committed only one branch to Skynamo and said they would see how it goes over December and if it could cope, they would bring the rest of their team on in early 2013. December was their silly season and they expected teething issues.

I flew up to Gauteng and trained the pilot team and then left for my family camping holiday. A little over a week later I got the email that Skynamo was doing an amazing job and that they wanted the rest of the team on it before Christmas. It was such a big ask at that stage – I was in the mountains 3 hours from PE. But, every staff member from Skynamo got involved and went to one of the branches to get them live.

I left my family in the tent and went to do the PE branch in the only semi-decent clothes I had packed for camping! Proving that we could be responsive to a client of that size was an amazing achievement.

What do you currently identify as a major area of investment in your industry?
Sales technology is such a complex and rapidly evolving industry! Investment is happening in so many places. I think that information storage has become table stakes. The differentiators now are becoming the ability to use all the data effectively to drive down the cost of sale and increase effectiveness.

What are the region-specific challenges when implementing new technologies in Africa?
The exchange rate fluctuations make it challenging to operate in technology in South Africa. Many of the input costs are in hard currency and the competitive pricing is also in hard currency. Clients want prices that do not fluctuate in the local currency, this can be a challenge.

What has your role at Skynamo taught you?
It has been very interesting to see what effect the right technology can have for a client. This is very much about using just enough technology to solve the customers need without overcomplicating it.

A great example is the recent COVID related features that were added to Skynamo. With an exceptionally light, very fast implementation we were able to greatly affect the safety with which field sales reps are able to work.

What changes to your job role have you seen in the last year and how do you see these developing in the next 12 months?

My role has substantially changed in the past 12 months. Just one year ago I was trying to raise funding. Now that we have successfully done that, it is important to deliver against the goals that were committed to. My role now is around building the capacity of the executive team.

If you could go back and change one career decision what would it be?
I went too far down the technologist route and went entrepreneurial too late. At one point I was enrolled for a PhD in computational electromagnetics! Luckily, I realised my mistake and pivoted, did my MBA and started a company.