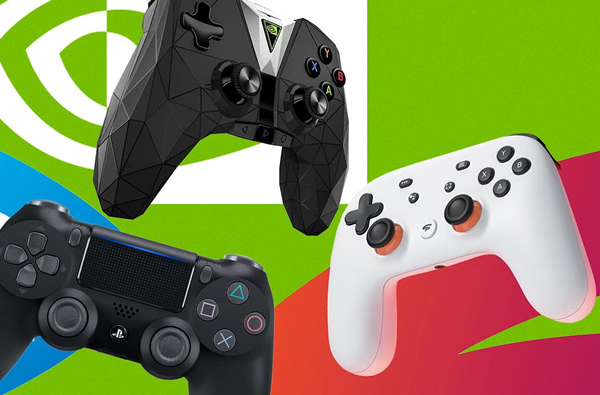 The future of gaming is… Now?

According to several articles reviewing the latest and greatest Cloud Gaming device releases, such as the Nvidia Geforce Now and the highly publicized Google Stadia, the consensus is all very similar. The sentiment is usually summed up with “We’re not quite there yet”.

It is a technological wonder at all that these devices are even working to begin with, but it may still be too early in their development to find any actual hold on the market that is dominated with in-house, disk-driven consoles and the undeniable reliability of the personal computer.

Here are 3 reasons why Cloud Gaming isn’t going to be anything huge just yet:

1. You need a good internet connection:

The basic premise of all Cloud Gaming devices hinges on the fact that the gameplay can be streamed real-time from a cloud service to your display device of choice, be that a PC or otherwise. This, coupled with the need for the player to be able to actually – play – the game, that is, affect what is happening on the screen simultaneously as it is streamed. This is a tall order, one facilitated by the quality of one’s internet connection.

According to Android Authority, the Google Stadia requires a minimum internet speed of 10Mbps to be able to play any Stadia title at all, and at that, you will only be able to play it at a resolution of 720p with normal stereo sound.

The Nvidia Geforce needs a minimum of 15Mbps for 720p. You also require a hardwired Ethernet connection or 5GHz wireless router.

While 10Mbps is the average internet speed in South African homes and 15mbps is the average speed of South African mobile phones, most SA gamers could be dissuaded by the lacking visuals, stutter-ridden gameplay and steep pricing, and while other countries, such as in Europe, the average internet connection speed is far higher, countries in the Middle-East and South America, and even the United States, will most likely be unable to play the Stadia in no comparable way to modern consoles or PCs, at least for some time.

Speed isn’t everything either, with the consistency of connection and more importantly – Data caps being the ultimate litmus tests. With the internet connections of many South African homes and smartphones capped at specific data usage totals, it will likely be improbable to support streaming from the Cloud for any reasonable length on time, especially as the Stadia consumes 6.5 – 11.5GB of data an hour on its highest settings, that amount plus all your other data usages can effectively cripple your internet sometime in the beginning of the month.

2. There are still very Reliable Alternatives:

The Google Stadia lacks in this department, as Sean Hollister of the Verge writes in his review, “All you need is a decent internet connection, a good Wi-Fi router, and your pick of Google’s Chromecast Ultra Dongle, Pixel phone, or the Chrome web browser on a laptop or desktop. Oh, and a lot of patience”. Many could be dissuaded by the Stadia’s list of set-up instructions, or the unreliable graphics or stuttering gameplay. Even the Geforce Now seems cursed with performance issues, issues that are non-existent in the very same titles running on the PS4, PC or Xbox One.

Modern consoles may be more expensive than the starting asking price for the Google Stadia as of right now (Google does plan on making the Stadia free and only charging a monthly subscription on top, similar to how Nvidia’s Geforce Now is working), with the Playstation 4 retailing at almost double the price of the Stadia, but internet isn’t required for most games. Gamers have also grown attached to the plug-and-play sensibilities of modern consoles, and the concrete-in-your-hands feel of buying an actual game.

There are rumbles about the dangers of Google simply closing the door on Stadia if it doesn’t push enough units or something bigger and better blows it out of the water. Products like Google Buzz, Google Glass, Google Plus and Youtube Music have all fallen to the wayside with Google no longer supporting them.  If the Stadia is abandoned, what happens to all of your games? Your saves?

The Geforce Now fills in this gap, using your existing library as its library of games – allowing you to play your games from anywhere on anything – smartphone, laptop, etc. – if it were to be abandoned by Nvidia your games remain with you. It is worth noting that Sony has only recently begun dropping support of the Playstation 3, a console that was released in 2006.

Gaming is a highly competitive market, with game releases scheduled around each other to allow the best competitive advantages, and passionate fans zealously sticking to their favourite consoles and gaming devices, newcomers to the market like Stadia and Geforce Now will have to deal with tenured veterans dipping their toes in Cloud Gaming, like Sony’s Playstation Now and Microsoft’s xCloud. Support for these developers already has a stronger base. To stand out in such a competitive market, companies hoping to get their Cloud Gaming system up and over will have to make quite a large and consistent splash, something that has yet to occur.

Competition could see only one, or even none of the upcoming cloud gaming services find homes in the market, with the monopoly set firmly on in-house devices.

Prepare for the future

All of the above points come with a simple caveat:

Technological advancements could see internet restrictions be lessened immeasurably. With the way human beings are heading towards a more integrated world where immediate satisfaction is king, it is no stretch of the imagination to say that Cloud Gaming will be a thing and it will be huge, whether some die-hard purists like it or not.

The only thing stopping pioneering companies is time.