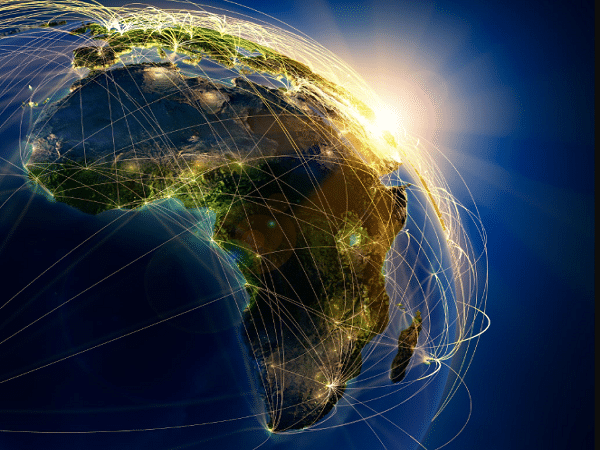 The fourth industrial revolution is widely acknowledged as a paradigm shift in how the world does business, but advancements in technology also have a positive social spin-off. Introducing cloud accounting software at community-based organisations implementing HIV education programs in South Africa is on track to fundamentally change how funding reaches those that need it most.

Despite making great inroads into HIV treatment, South Africa still has a disproportionate number of people living with HIV. Recent statistics show that young women between the ages of 15 and 24 make up almost 40% of new infections.

The Preventing HIV/AIDS in Vulnerable Populations Programme funded by USAID PEPFAR aims to contribute towards HIV epidemic control by enhancing the quality, comprehensiveness and sustainability of care and support services to improve resilience, health and wellbeing of orphaned vulnerable children, adolescents and youth in Gauteng. This is done by strengthening the capacity of the community-based organisations to provide HIV-sensitive case management services to the most vulnerable children, adolescents and youth.

HIVSA’s biggest challenge with various independent community-based organisations they support was being able to access financial information from them in order to provide funding. They turned to cloud-based software at a number of the clinics to provide a centralised, automated system that could provide a clear view of where funds were going and where there were shortages, as well as bring the books up to an international standard to attract further funding.

Director of Rae & Associates and Intuit QuickBooks trainer Lauren du Plooy says the intervention demonstrates how technology not only benefits business but also has the potential to benefit society at large. “I think this is an incredible example of how digital technology can cross boundaries and bring people together from all walks of life. It’s a clear example of why businesses don’t need to be fearful to make the change and embrace technology.”

Previously each community based organisation was preparing Excel spreadsheets. These were not consistent, which was placing a great deal of pressure on HIVSA to allocate funds. “As a result, HIVSA had to do a lot of the admin for the centres in order to help them. The system we have implemented is going to allow the centres to be up to date daily and not have to rely on external accountants to send them reports every few months or once a year.

“Now they can see how their money is being spent every day, while the centralised format makes it easier for them to claim funds.”

The benefit for those living with HIV and those who dedicate their lives to serving and assisting these communities lies in the simplicity of the online system and the real-time, birds-eye-view it is able to provide.

“It is extremely powerful because centralised reporting and the same templates across sites allows the funders to cut down their admin time significantly and focus on their core tasks. It also helps with new funders, as it looks much more professional when you are able to show computerised reports that are up to date and in the type of detail they require,” says Du Plooy, who adds that by its nature, the cloud-based software logs a paper trail of every expense, reducing fraud and promoting transparency.

Jolawn Victor, head of emerging markets at Intuit QuickBooks, says, “Accounting systems by their very nature can be daunting but online systems that require minimal training open up the immense power of the cloud to a broad spectrum of society.

“Small and medium businesses around the world have realised this and are taking advantage of automation, and at Intuit we are incredibly proud that our software is being used to make a measurable difference in the fight against HIV in South Africa.”

Du Plooy agrees, saying: “Rae & Associates is very happy to be a part of this initiative. Not only is it so energising to teach people vital skills, but contributing to such an important mission is very rewarding.”

How Hackers are Taking Advantage of the COVID-19 Vaccine Rollout