According to Samsung, the new Galaxy A Series is designed for the way people are connecting today – sharing, capturing and consuming live.

“Galaxy A is designed to provide an option for everyone, whether for first-time mobile users or value-seekers,” said Justin Hume, Director: Integrated Mobility at Samsung South Africa.” We focussed on the needs of the local market and have researched the unique preferences to bring the flagship experience to a broader audience. It offers premium features to South Africans who want to live the Galaxy life”

With the Galaxy A Series, consumers can experience the Galaxy ecosystem using services such as Samsung Health, Samsung Members, and Bixby. The all-new Galaxy A Series is filled with enhanced features across the range. 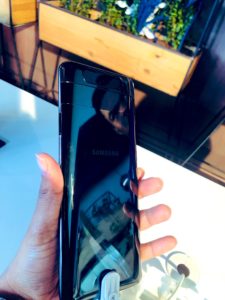 Samsung also announced the new Galaxy A80 which will be available in South Africa in June. The A80 features Samsung’s first revolutionary rotating camera and an intelligent battery. The device will have on-screen fingerprint sensor, 6.7-inch FHD+ (1080×2400) Super AMOLED, 8GB RAM, 128 GB internal storage and it will retail for R12 999.