Continuing on the path toward digital peace 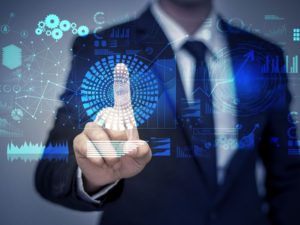 Continuing on the path toward digital peace.

This defining international moment united artists, advocates and public and private sector leaders who are changing our world for the better. Microsoft was incredibly proud to join the stage with Nana Akufo-Addo, president of Ghana;  Baroness Patricia Scotland, Secretary General of the Commonwealth and Trevor Noah to announce major steps forward to advance peace in cyberspace.

In front of more than 50 heads of states, global dignitaries and cultural icons, President Akufo-Addo announced that Ghana, Kenya and Rwanda will sign the Paris Call for Trust & Security in Cyberspace—an unprecedented multi-stakeholder declaration unveiled by French President Emmanuel Macron in early November. These leaders join multiple countries – including Argentina, Australia, and Burkina Faso – that have joined the Paris Call since the initial signatories were announced.

To date, nearly 450 entities have committed to the Paris Call including 60 countries, 274 members of industry, and 112 civil society organizations. The Paris Call establishes voluntary cybersecurity principles and commitments to advance cooperation on meaningful rules of the road in cyberspace. At the Global Citizen Festival, Baroness Scotland lauded the Commonwealth member states that support the Paris Call and underscored the need to drive further progress.

This is meaningful progress toward collective action to stop cyberwarfare. But this progress could not have been accomplished without the voices of digital citizens everywhere.

Excitedly, after kicking off at the Global Citizen Festival in New York earlier this fall, Digital Peace Now has amassed a surge of support from more than 100,000 people representing 140 countries. These 100,000-plus digital citizens took meaningful action by signing a petition to bring world leaders together in support of a more peaceful global internet — one not marred, marked and defined by digital attacks and cyberwarfare.

As a digital citizen, it’s well within your power to help make global online peace a reality. If you haven’t yet, we urge you to sign the Digital Peace Petition. Collectively, we can build a real community of ambassadors for digital peace. We welcome your input; please share your thoughts at ideas@digitalpeacenow.org Along with our growing advisory board— which now includes Access Now, ICT for Peace, CIVICUS, Observer Researcher Foundation and the United Nations Major Group for Children and Youth — we look forward to charting the path forward together.

This movement is just getting started. South Africa, like New York, is a launchpad — not a finish line —for Digital Peace Now. Please join us on this journey. #DigitalPeaceNow.