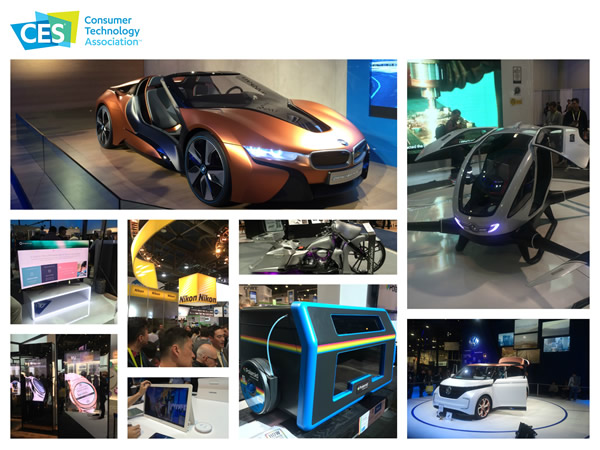 For the second year running, IT News Africa has been selected as one of the official African media partners for the largest, consumer electronics show on the planet… CES 2017. As part of the partnership, IT News Africa will use its online, print, and social media platforms – to promote CES 2017 in Africa.

Speaking on the partnership, IT News Africa’s Managing Director, Abe Wakama stated that: “It is truly an honor to be invited to partner with what is arguably the biggest technology show in the world. We all feed validated by this partnership because it means we’re doing something right and the world is beginning to take notice. CES is synonymous with technology innovation and we look forward to many more years of cooperation with the organisers.”

CES 2016 saw over 170 000 consumers attend the showcase, which was held in Las Vegas, Nevada. According to the official organisers of CES, the 2017 event will once again return to Las Vegas, and will be held from the 5th to the 8th of January 2017.

CES 2016 saw some rather large announcements, including the unveiling of media streaming for self-driving cars in the future. Also making the headlines was the announcement by Netflix chief executive, Reed Hastings, who revealed that the service had been made available to over 130 countries, including a number of Africa countries.

As the only official CES 2016 media partner from Africa, IT News Africa had spent a week at the showcase and highlighted some of the new innovations showcased at the event.

With CES 2016 being a success, the 2017 event looks to take tech to new levels. From keynote addresses to conference sessions and awards — CES 2017 is expected to have it all and IT News Africa will once again provide full coverage of the proceedings.

The conference program at CES offers a unique opportunity to engage with industry experts. Witness the latest in emerging trends and technologies, be the first to hear from startups and discover the story of how content, creativity, technology, brand marketing and influencers come together as part of the CES universe at C Space.

34% of users still concerned about viruses in email attachments