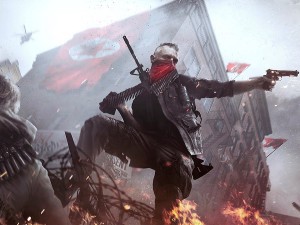 Deep Silver has revealed that Homefront: The Revolution is scheduled to release 17th May 2016 in North America, and 20th May 2016 in all other territories.

A Closed Beta for Homefront: The Revolution is due to run exclusively on Xbox One in February of this year.

According to developer Deep Silver places are limited, and the only way to gain access is through acquiring an Xbox One Beta Token; Deep Silver and Xbox will be running a number of promotions over the coming weeks that will offer the opportunity to claim a Token and take part.

Deep Silver also revealed that the best chance of getting a Beta Token and staying informed of developments is by registering on the official Homefront website at www.Homefront-Game.com.

To celebrate this news, Deep Silver have also released the first gameplay trailer for Homefront: The Revolution. The trailer can be found below:

‘This is Philadelphia’ offers a chilling glimpse into the world of Occupied Philadelphia, 2029, and the brutal polices known as the Yellow Zones.

Distinct from the war-ravaged wastelands of the Red Zones, and the highly militarised Green Zones, this densely populated environment offers a unique challenge and gameplay experience to would-be Freedom Fighters.