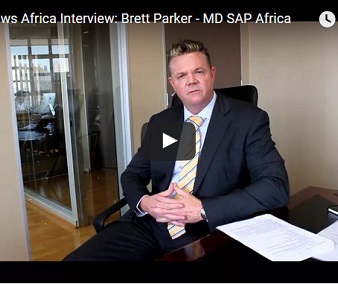 Brett Parker was appointed as the Managing Director for SAP Africa in July 2015. He is responsible for SAP’s business across the African continent.

Parker has held corporate leadership positions in the technology industry over the past 16 years. Although he spent time working in mature markets in EMEA, Parker has most recently specialised in emerging markets for several years including, CIS, Eastern Europe, The Middle East and Africa.

Parker has been involved in the technology sector for over 20 years. He has experience in corporate leadership, Enterprise Sales, SME and Indirect Channel business.

Parker started his career at Sybase SA as an Account Executive, later progressing to eventually become the Sales Director. In 1999 Parker joined Microsoft SA as the Enterprise and partner Group Sales Manager, a position he held for 2 years before being promoted to serve on the local board as the Enterprise and Partner Group Director and a member of the local board of directors. During his time at Microsoft he was part of the Executive potential programme and worked on several global initiatives and projects.

Parker joined SAP in late 2004 to start the SME business in Africa, 18 months later he was appointed as the VP for Territory Sales in EMEA. Parker went on to lead the Eco-System and Channel organisation in Emerging markets for SAP EMEA. He is currently the Managing Director of SAP Africa. Parker has a B-Comm and several other certifications related to IT and business roles.

IT News Africa caught up with Parker in order to find out what SAP is currently doing in the healthcare sector in Africa. The video interview can be found below: