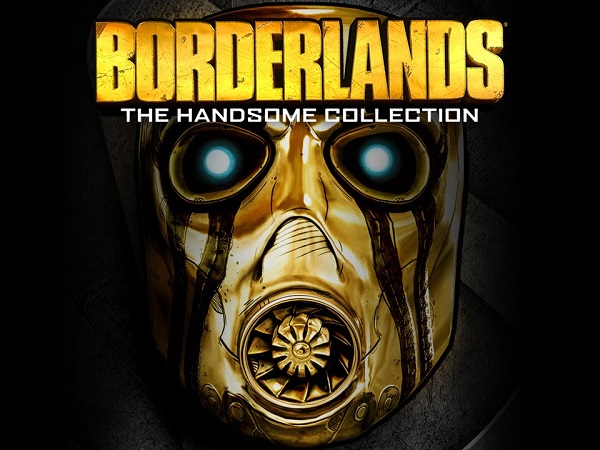 The Borderlands series is possibly one of the most colourful, crazy and hilarious game series to grace the First-Person Shooter genre. Since it inception in 2009, it’s spawned three titles which have provided gamers with hours of fun, humour and fast-paced action. Recently Borderlands: The Handsome Collection has been released for PlayStation 4 and Xbox One, which contains Borderlands 2 with all its released DLC. Borderlands: The Pre-Sequel has its first piece of DLC on the disc and the second DLC provided free as part of an update. Does it make the move to new-gen nicely? Yes, I can say that it does.

Borderlands 2 takes place a little while after the first game; the Vault Hunters opened the vault and expected to find immeasurable wealth, but were left with a booby prize of a giant tentacled monster. Now, new Vault Hunters have entered the fray and have been hired by Handsome Jack from the Hyperion Corporation. Things don’t go so well, however, as the Vault Hunters soon realise that Jack is hunting their kind and you’re next on the list. After a failed attempt, it is decided that a journey for answers and revenge is in order. The story opens up a little bit at a time as the heroes are constantly coming up short when attempting to take Jack down. Additionally, a mysterious AI known only as “Angel” guides your way. 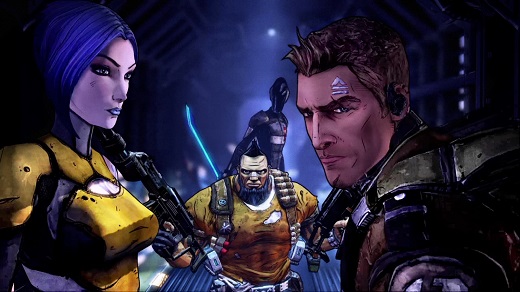 The story is told pretty well and is a treat for players of the first game as cameos of popular characters are everywhere. While the humour is abundant, the story still manages to convey some serious tones here and there. Handsome Jack is also one of the best video game villains to date. While he’s the one who tried to kill you, you can’t help but just love how awesome he really is.

Borderlands: The Pre-Sequel takes place at some point between the first and second game. This time the focus is from the other perspective and pays particular attention to the insane but equally hilarious Handsome Jack, the antagonist from the second game. The game does a lovely job at telling Jack’s story and thankfully never depicts him as the misunderstood villain. While the story and characters are quite entertaining, the pacing can be somewhat inconsistent. I found the first half of the game actually struggled to grab me a bit, but this changed going into the second half as it was significantly more enjoyable.

Gameplay in both games is largely similar with The Pre-Sequel seeing some tweaks. Borderlands plays like First-Person Shooter but with RPG elements. As your level increases, you character can take more damage and dish out more pain. Of course, the weapons also play a big part and exploring is necessary if you want stronger guns to complement your ever growing character. And weapons are abound; guns can be found everywhere and there are countless versions of them with different effects and special abilities. Each character has a special Action Skill which enables the player to possibly turn the tide in battle. For example, Axton is able to deploy a turret to aid him in overwhelming situations, while Claptrap’s Action Skill changes depending on the situation the player might find themselves in. Additionally, a character’s skill tree has unlocks that can change how an Action Skill behaves, be it to extend its duration or to upgrade its damage. 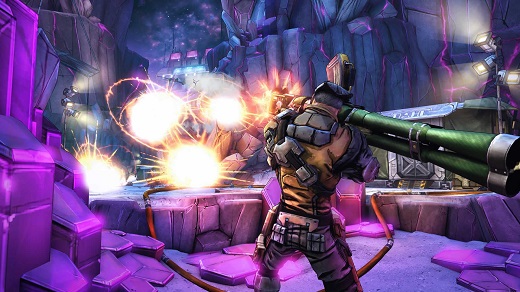 As mentioned before, Borderlands: The Pre-Sequel has some tweaks to the gameplay. The game takes place on Elpis, the moon of Pandora and this introduces a low gravity mechanic. While a little tricky to get used to at first, players will soon become used to it and will also be able to gauge how far they are able to jump and use it to their advantage. There’s really nothing like hopping over an enemy and surprising them with a shotgun at point-blank range.

Aside from the new low gravity mechanic, Borderlands: The Pre-Sequel also makes use of a new butt slam attack which can damage enemies and also end your jump with haste. Being in low gravity also means no oxygen and the characters are forced to use a piece of equipment called Oz kits. Oz kits supply the player with a certain amount of oxygen, which gradually deplete but can be refilled by finding oxygen pockets or entering a building. It is something that takes getting used to, but at the same time introduces a new facet of gameplay.

Gameplay is brilliant in both games and will certainly keep players hooked until the very end. Additionally, Borderlands: The Handsome Collection doesn’t just include the base games but also includes the released DLC for both Borderlands 2 and Borderlands: The Pre-Sequel. With the move to new-gen, both games have extended the couch co-op from just two players to a total of four removing the need to be online for a four-player co-op session. The amount of content included is staggering and will keep players busy for quite some time.

A bonus with the move to new-gen is the ability to transfer your saves from both Borderlands 2 and The Pre-Sequel into The Handsome Collection which means that you can continue playing where you left off. There are even some bonuses for transferring your save data. 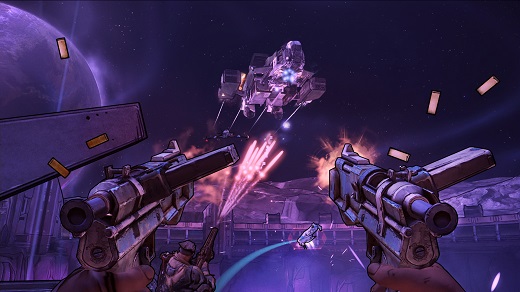 However, like all games, Borderlands: The Handsome Collection has some issues; they are not major but mostly come from being a bit of an inconvenience. Firstly, if you would like to stop playing Borderlands 2 and jump into The Pre-Sequel, you’ll have to close the game and boot it up again. Surely there must be an easier way to do that, right?

Borderlands 2 runs rather smoothly both in single player and 4-player couch co-op, but unfortunately The Pre-Sequel is unable to boast the same smoothness. It runs fairly well in single player but experiences some hitches when playing 4-player couch co-op. Additionally, when playing co-op with three other players, the Skill and Inventory screens are not scaled to match the size of your quadrant on the screen so they look disproportionate. While these issues are not going to ruin your experience with the game, they can unfortunately detract from it.

Visually, Borderlands: The Handsome Collection is a nice upgrade from its last-gen counterparts, featuring an awesome 1080p resolution, improved textures and lighting effects. It makes the cel-shaded art style look even better. Audio wise, it’s just as great as its last-gen counterparts due to both titles plus their DLC having some great voice acting; Jack really steals the show but the other characters do a pretty decent job too. 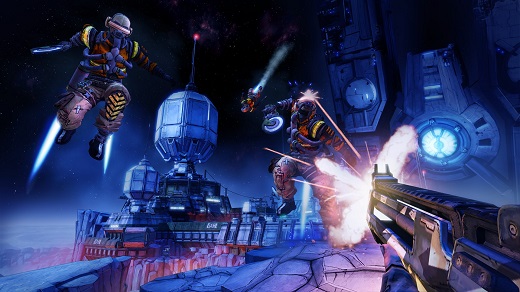 Conclusion:While Borderlands: The Handsome Collection may have some minor issues, it is an awesome collection to have if you’ve never played the games before. If you have, but never had the chance to play the great DLC which came after, this may just be for you.

The game is quite literally teeming with content that will keep players busy for quite some time and is an excellent choice if you’re looking for a truly enjoyable couch co-op experience. Whether you’re a newcomer to the two games or if you’ve played them before, Borderlands: The Handsome Collection is certainly an enjoyable experience and is extremely entertaining.