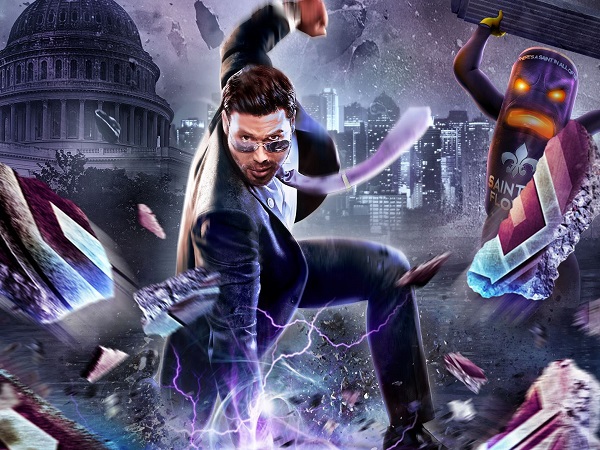 The Saints Row series has mostly attempted a more humorous, light-hearted offering when compared to other open-world games, such as Grand Theft Auto. Saints Row IV is no different and looks to take the humour one step further. Initially released in 2013, the game has now made its way onto PlayStation 4 and Xbox One in the form of Saints Row IV: Re-Elected, and includes its recent standalone expansion, Gat Out of Hell.

The story of Saints Row IV revolves around the 3rd Street Saints, a gang currently based in the fictional city of Steelport. Those who played Saints Row: The Third will be familiar with the city as its events too took place in Steelport. After taking part in a covert op to stop a nuclear weapon from being launched and possibly the most ridiculous prologue ever, the Boss (that’s all he/she is known as) of the 3rd Street Saints ends up as the president of the United States. While en route to a press conference, the roof cracks open and an alien race known as the Zin invades and abducts the President, and his crew and puts them in a Matrix-esque simulation of Steelport. Kinzie, the tech-savvy ally of The Saints finds a way to give you powers and also to exit the simulation. Both of these discoveries allow the President to properly take the fight to Zinyak and his army of followers. 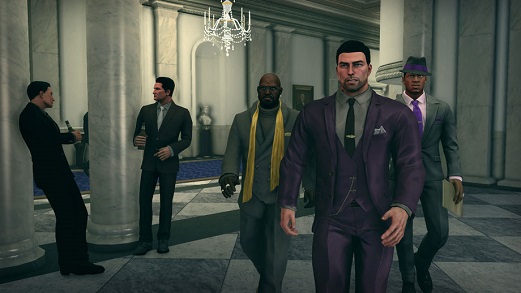 The story probably won’t win any awards, but it is hilarious and has loads of inappropriate humour. Additionally, rescuing your allies gives you some insight regarding their personalities and even their history. I felt that this was a smart choice as newcomers to the series will be able to learn more about these characters and how they’ve changed between games.

Gat Out of Hell, the standalone DLC that comes packaged with Saints Row IV: Re-Elected, focuses on Johnny Gat, a member of the 3rd Street Saints that has been a loyal member since the very beginning. In Gat Out of Hell, Johnny Gat and Kinzie dive into hell in order to save the president from Satan’s clutches. Like most Saints Row games, the story is quite goofy with good use of humour. During your time in hell, you’ll meet characters such as Blackbeard and William Shakespeare. They feature some interesting back stories, however, it would’ve been nice to see them fleshed out a little more.

Gameplay is from a third-person perspective with the player character being able to shoot from the hip, down the sights, sprint and dodge. A particular manoeuvre that I’m quite fond of is pulling off a running grab. This usually results in a devastating attack capable of knocking enemies down. Aside from the standard gunplay, players will also have access to some superpowers which make dispatching enemies quite an entertaining affair. The Super Sprint and Super Jump powers reminded me of the Prototype series and also adds a new element of verticality to the game. Throughout the story, players will unlock a range of powers that make traversal a breeze and also provide the means to truly pulverise any enemy who dares stand in your way. Even when not doing missions, Steelport is yours to explore. With aliens to destroy and collectibles littered everywhere, fun is guaranteed even outside the story.

Some of the available weapons are downright ridiculous and are really over the top. One such weapon is the Dubstep Gun. This weapon plays Dubstep while doing some serious damage to whoever is in its cross-hair’s. Additionally, there are some new vehicles with new customisations, however, the vehicles become obsolete when you can literally jump a few blocks at a time in a single bound. 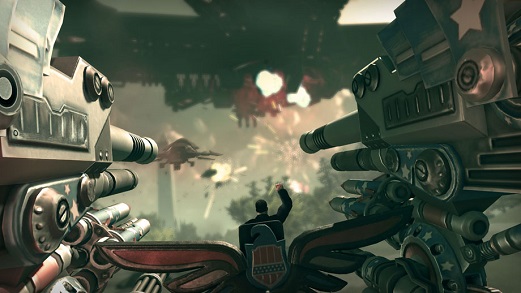 What I didn’t really like about the game was the mission structure, specifically that of the side missions. The main missions aren’t an issue as they focus on dealing with Zinyak and his forces while also allowing you to learn more about your allies. The side missions, however, are just excuses to force you into unlocking XP and other content. While this isn’t new to fans of the series, I would’ve liked to see a change in the type of missions. In addition, more dialogue than just “go here and do this” would’ve been appreciated.

Gat Out of Hell has very much the same gameplay as players will notice that the superpowers are also present here, albeit slightly different. Another thing which I liked is that a halo is stolen from Satan a few minutes into the game, granting the superpowers and also the gift of flight; the latter certainly made navigation more enjoyable.

The mission structure in Gat Out of Hell is also altered, mostly because there aren’t any real missions aside from the tutorial at the start. After the tutorial has been completed, players will need to get Satan’s attention – this is done by completing side activities. It’s a strange design choice but I do appreciate the change of pace compared to previous outings, even if the missions do border on being somewhat repetitive. However, I have to admit that this structure makes side activities seem more important than just progressing towards the next unlockable piece of content. Once players complete a certain amount of tasks, a cutscene will play, which advances the story. This happens all the way until the final showdown with Satan. Thankfully, the developers have made these activities a little more enjoyable by adding twists onto existing side missions from Saints Row IV: Re-Elected. 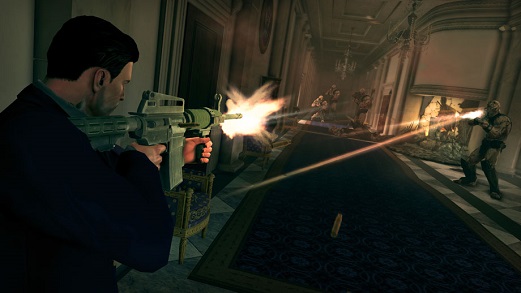 Visually, Saints Row IV: Re-Elected doesn’t really break any ground as a new-gen title. There’s been a slight upgrade to how it looks but it still looks last-gen, which was disappointing. The same applies to Gat Out of Hell, unfortunately. The game just looks dated. I have to acknowledge that the location of Hell looks great with its lava pits and and demonic presence.

Audio is decent as it features some great voice acting. Additionally, the game’s soundtrack features some classic songs from the 90’s. Wreaking havoc while listening to Cypress Hill’s “Insane in the Membrane” is highly recommended.

The great thing about this package is that it includes all of the released DLC add-on packs, which adds to the replayability somewhat. It should also be mentioned that Gat Out of Hell comes included on the disc for Xbox One, however, the PlayStation 4 version instead comes with a code for the expansion and requires a 7GB download. To be honest, I’m not sure why both versions didn’t just have it on the disc. 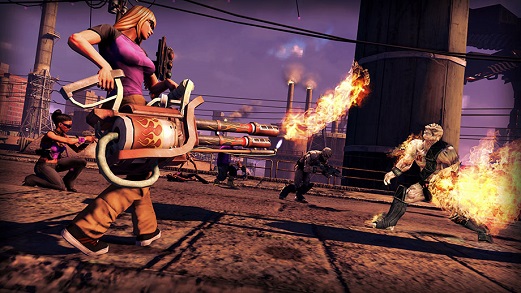 Conclusion:
Saints Row IV: Re-Elected is thoroughly enjoyable but fails to look like a new gen title. Additionally, the side missions lose their appeal after a short time. Gat Out of Hell is also an enjoyable romp through Hell but misses the opportunity to capitalise on its characters. If you are yet to experience Saints Row IV for the first time, then this package of both games is the best way to do it.