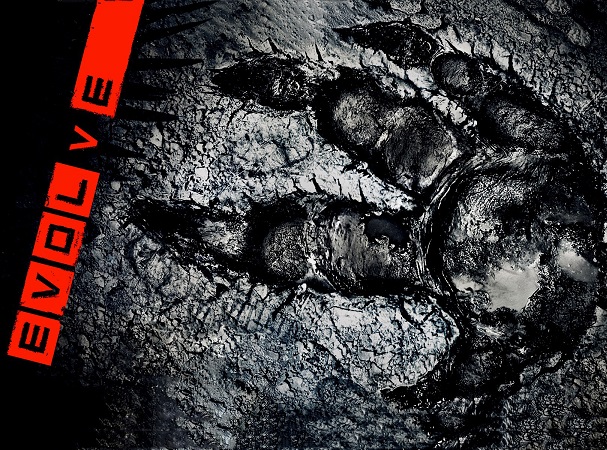 Evolve is shaping up to be one of 2015’s most anticipated titles. Developed by Turtle Rock Studios and published by 2K Games, Evolve is essentially an asymmetrical multiplayer game, which pits four player-controlled Hunters against one player-controlled Monster.

Back in 2014, Turtle Rock Studios as well as 2K Games introduced players to a variety of different Monsters that will feature within the game. These Monsters included: Goliath, the Kraken, and the Wraith. Fast forward to 2015, and the team behind Evolve has now revealed a new Monster, which has been dubbed “The Behemoth.”

According to the team behind Evolve, the Behemoth is set to be one of the largest Monsters featured within the game. The developers revealed that the Behemoth won’t be able to leap or jump; however, it will still be a great force to be reckoned with. Due to its sheer size, the Behemoth moves by rolling across the landscape like a juggernaut. While Hunters may attempt to venture to higher ground in order to either escape or gain a tactical advantage over the latest Monster… this may not be the best option, as the Behemoth has the ability to climb a multitude of structures.

What makes the Behemoth a force to be reckoned with is the fact that it has more armour as well as more health than the previously mentioned Monsters. According to the developers, the Behemoth also packs a mighty punch; however, due to its sheer size and slow movements the need for the increase in health and armour was a must.

So, how will the Hunters survive against the latest Monster? I am not so sure that they will as the Behemoth has a massive arsenal to go with its extremely fitting name – which was selected by the gaming community of course.

Here is what you are up against when facing the Behemoth:

Lava Bombs: Effective at short and long range, these mortar bombs shatter into fragments and continue to burn the area around them, including any Hunters who find themselves in the damage radius.

Rock Wall: Creates a large, semi-circular rock structure that either traps victims inside with Behemoth, or locks him away from attackers.

Tongue Grab: Behemoth uses his harpoon-like tongue to snatch a distant target and pull it into melee.

Fissure: A wave of destruction blasts out of Behemoth, fracturing the terrain and scalding and stunning everything in its path.

To add to this, the Behemoth has a reach of 15.24 metres, which is wide enough to hug 33 people – ironically. When transforming into a boulder the Behemoth becomes an 8.2 metre in diameter rolling bundle of carnage.

Think you can take on the Behemoth? Evolve is set to hit the PlayStation 4, Xbox One, and PC on the 10th of February, 2015.