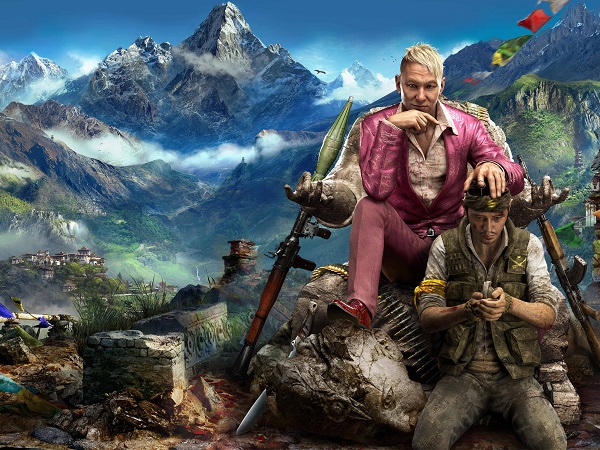 Ubisoft has a habit of churning out games at a faster rate than most developers. However, this can cause quite a few issues… especially when it comes to the end product. Thankfully, the team at Ubisoft have been taking their time with the Far Cry series, which goes to show that a more concentrated effort has gone into the series.

Far Cry 4 follows the story of Ajay Ghale. After the passing of his mother, Ajay is determined to carry out his mother’s dying wish, which is to have her ashes scattered in Kyrat. Unfortunately, things don’t entirely go as planned. Shortly after arriving in the region, Ajay as well as a group of travellers are attacked… while many are killed by the militant forces, Ajay as well as his guide Darpan are taken prisoner by the latest Far Cry antagonist, Pagan Min.

Once captured, Ajay and Darpin are returned to Pagan’s fortress. Pagan admits to knowing Ajay’s mother as well as having an estranged relationship with her. Ajay eventually escapes the clutches of Pagan; however, he finds out that the territory in which the ashes need to be scattered is now under the control of Pagan. Desperate to find a way to scatter the ashes, Ajay agrees to join a rebel faction called The Golden Path – which was founded by Ajay’s father. 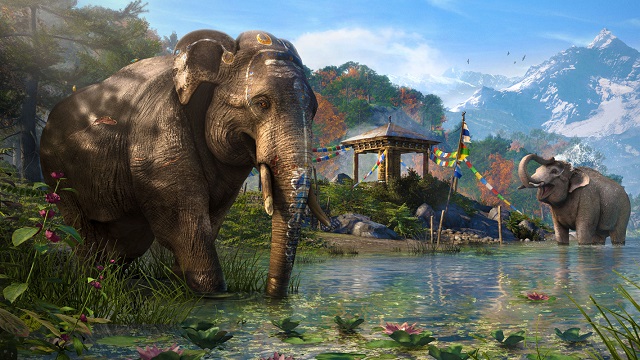 Overall, Far Cry 4’s storyline can be described as a roller coaster ride. It may have its ups; however, it does have many downs as well. While Ajay starts off as a rather interesting character, he somehow becomes hollow and flat during the course of the storyline. One thing that is a bit of a saving grace is the fact that scattered throughout Kyrat is a host of collectibles that dive into the back story of Ajay’s father as well as The Golden Path.

One of Far Cry’s biggest pulls has always been its rather cruel and psychotic antagonists. Far Cry 3 had the rather deranged Vaas Montenegro, who captivated audiences around the globe. Far Cry 4’s Antagonist, however, doesn’t seem to live up to expectations. While Pagan is well portrayed by voice artist Troy Baker, he is a character that seemed extremely underused throughout the game. In the first few moments of Far Cry 4 Pagan swoops in like thunderous storm ready to wage war on whoever cross his path, but once things kick-off, he barely makes an appearance throughout the game. This was slightly disappointing, as he should have had an “in your face” roll, much like Vaas had in Far Cry 3.

Moving on to visuals. Far Cry 4 is a visually impressive title… Granted its lead characters fall flat at times; however, you can really see that Ubisoft has placed a lot of effort into creating a world that is visually breathtaking. The open world is quite honestly a pleasure to explore… especially when you are swimming through rivers, sprinting through vibrant forests, or even sitting back and viewing the beautifully crafted snow capped mountains of the Himalayan country of Kyrat. 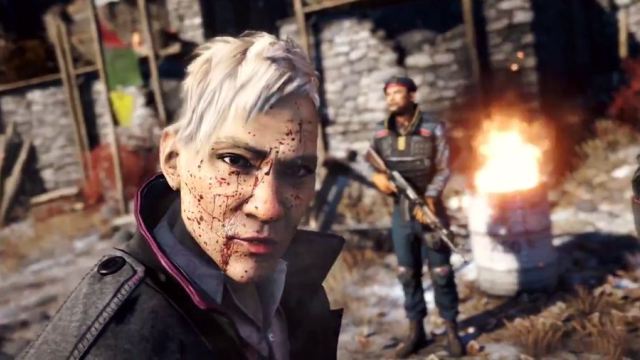 While Far Cry 4 has some rather impressive visuals, be warned… much like previous Far Cry titles, the open-world of Kyrat is not only filled with enemies, who seem to be armed to the teeth, but it also has a host of wildlife that will not hesitate to tear you apart. Thankfully, you can use the wildlife to your advantage. As you scamper across the open-world, you can skin as well as collect meat from a diverse range of animals. Meat can be used to bait animals into attacking outposts, which essentially allows you to save on ammunition as well as cut down enemy forces to a minimum.

Some of the larger animals can be mounted, which means that you can wreak havoc at your chosen destination on the back of an elephant. This quite honestly made Far Cry 4 a hell of a good time. Granted, you can go in guns blazing, or even attempt to run everyone over in a vehicle of your choice… but attacking an outpost, while parading around on the back on an elephant, made it all the more enjoyable.

While not on the back of elephant, combat is also pretty fun to experience. Far Cry 4 has some great, as well as graphic, enemy take downs. Additionally, the game features a host of weapons and explosive devices that can be either found or purchased. Apart from weapons, one thing that really stands in Far Cry 4 is the fact that once you liberate an outpost enemies often attempt to take it back. This gives Far Cry 4 the realism that the series needed from the get go. 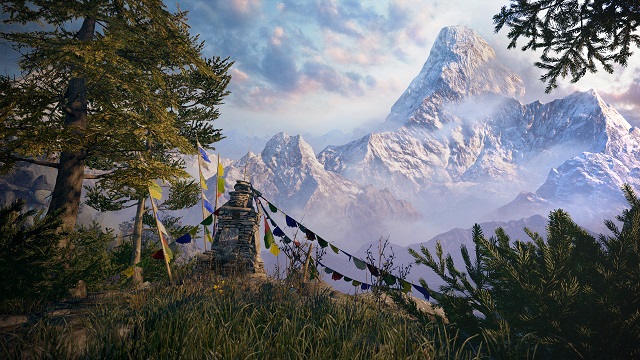 As mentioned, Far Cry 4 has a massive open-world. This means that there is quite a bit to do, apart from completing the main storyline. There are outposts to liberate, towers to conquer and a host of side-quests to partake in. Furthermore, Kyrat is massive… and exploring it from corner to corner can also be a quest in itself. In order to map out the land faster there are vehicles available, which have been scattered throughout the world.

Now, as much as Far Cry 4 is a great game, I have to admit that the driving controls need to change. I am not sure why most developers try make driving as awkward as possible in open-world titles… but if they could stick to the controller mapping for actual racing titles, the controls that we are used to, then maybe, just maybe it would provide for a better experience. One of the best parts of exploring a title like this is by doing it yourself; however, it eventually got the the point where I would mark my way point and let the auto-drive feature just take me there. 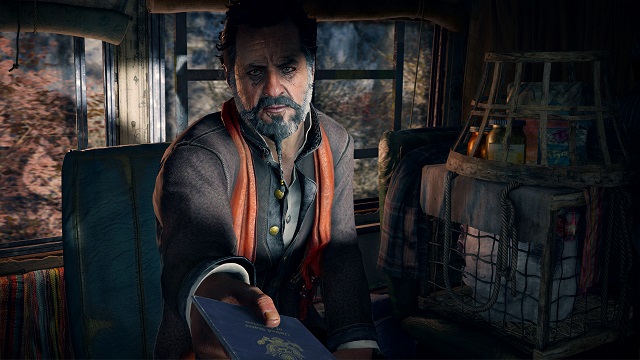 Conclusion:
Far Cry 4 has its ups and downs. On the positive side, Combat is solid and the game offers a much larger challenge than past titles in the series. Furthermore, you get to massacre enemies on the back of an elephant! In addition to the solid combat, the open-world is massive and there is tons to do and a variety of collectibles to collect. To add to this, Far Cry 4 does not disappoint when it comes to visuals as Ubisoft has placed a great deal of effort into crafting the world around you.

While most games tend to have a tacked on multiplayer mode, Far Cry 4’s multiplayer mode is actually rather impressive. Far Cry Chronicles, a competitive multiplayer mode, sees two factions duking it out in a variety of ways while using the beautifully crafted environments to their advantage. To add to this, there are multiple modes that will keep you coming back for more.

On the negative side… The antagonist and protagonist seem to fall flat in their role’s. Pagan Min quite honestly needed a lot more screen time, and it would have been great to have Ajay as a more fleshed out character with the addition of likable personality. When it comes to exploring Kyrat, it would have been nice to have driving controls that complimented the game rather than having the player have to resort to the auto-drive feature in order to get to their destination in one piece.

Overall, as stated above, Far Cry 4 has its ups and downs; however, it is still a fantastic addition to the Far Cry series. Now excuse while I massacre an outpost on the back of an elephant.