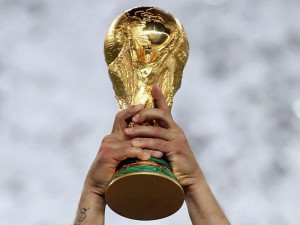 Germany has taken their fourth World Cup title thanks to a 1-0 win over Argentina at the Maracanã stadium – a well-deserved crown to the team’s fantastic performance in Brazil – and thanks to technology.

Success can never be fully planned; good and bad fortune plays too big a role for that in football, said Manoj Bhoola, director: D&T and Mobile at SAP Africa. But, he says, one can attempt to stem the influence of unknowns as much as possible, with help of good ideas.

Every small detail had been thought through in Brazil by the German National Team (DFB), from the choice and architecture of the team base Campo Bahia, to picking the colours of Flamengo, Rio de Janeiro’s most popular club, for Germany’s away-shirt. And last but not least, the national team has also benefitted from innovative technology developed together with SAP.

This journey started last year when national team general manager, Oliver Bierhoff, conducted some “market research” inside the locker room. He found that the players were most happy communicating with each other via digital platforms. Since communication was one of the main concerns during the tournament planning stage, Bierhoff commissioned SAP to develop an application that could facilitate the exchange of information about the team’s schedule, as well as data about the opponents.

“SAP’s involvement has transformed the football experience for coaches, players, fans, and the media,” said Bierhoff. “Imagine this: In just 10 minutes, 10 players with three balls can produce over 7 million data points. SAP HANA can process these in real time and the team was able to analyse a huge amount of data and customise training in preparation for all of the matches.”

Together with SAP the DBF developed an application called SAP Match Insights, which analyses vast amounts of data about members of the German team and their opponents, based on their on-field performance.

“This data can then be converted into simulations and graphs that can be viewed on a tablet or smartphone, enabling trainers, coaches and players to identify and assess key situations in each match,” said Bhoola. “These insights can then be used during pre-match preparations to improve player and team performance. SAP Match Insights (based on HANA technology) synchronised the data from scouts with the video footage taken from the pitch to make it easy for coaches to identify key moments in the game. Bierhoff liked it so much that he asked SAP to have the solution ready for the World Cup in Brazil and the rest, as they say, is the future.”

Players and coaches quickly took to working with SAP Match Insights. A touch screen was put up in the players’ lounge in the base camp. On top of that, the app was downloaded onto mobile devices. By using Match Insights and HANA, the German National Team coaches simplified training to improve performance, which makes the ‘beautiful game’ even more beautiful to fans worldwide.