October 2012 has been a momentous month for South Africa’s mobile industry – or that is what management and staff at local mobile and telecommunication service provider Vodacom are likely feeling. The company has officially launched its Long Term Evolution (LTE) service to South African consumers, with CEO Shameel Jousub claiming that 70 sites are live and that LTE-enabled devices are headed for stores. 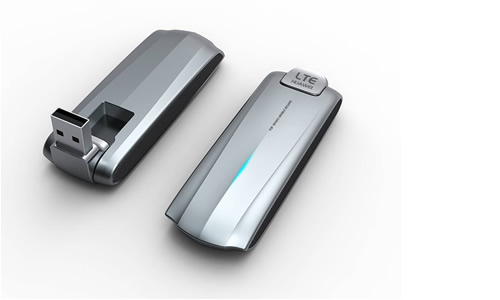 Other domestic mobile network operators, including MTN South Africa and CELL C, have also laid bare their plans to have LTE networks established. In a release published on the International Telecommunications Union (ITU) website, MTN South Africa announced that it expects to have between 400 and 500 LTE sites live by the end of the year.

At the same time Jose Dos Santos, Chief Commercial Officer of Cell C South Africa, has publicly stated the company’s desire to see LTE available throughout the country. “What we want to see is a national rollout of LTE, and we want to see more devices being made available to the public. If you can’t connect fibre to a base station, you won’t experience true fibre,” he said during a conference in Johannesburg.

Vodacom South Africa is not the first company to announce the rollout of LTE. Recent media reports have detailed claims by telecommunication authorities in Angola, Kenya, Mauritius, Namibia and Tanzania. Many countries, including the DRC, Ghana and Zambia have embarked on trial operations to take their citizens closer to LTE.

Industry analysts suggest that the lack of high capacity backbone infrastructure in Africa required for broadband solutions, represents a significant challenge. Whilst there may be more widespread access to broadband and availability because of undersea cables (such as WACS, EASSY and SEACOM), there is still an issue with extending fibre to the home.

But what is LTE? And why should consumers of mobile technology in Africa care?

Theoretically, LTE is an established global mobile wireless standard and the next level up from standards such as Edge, HSDPA, and HSDPA+, that has been developed and introduced to enhance the speed of wireless networks and their respective transmission speeds.

It is run off- and dependent on the re-farming or reallocation of spectrum or frequency bands that are used by networks to facilitate LTE and 4G transmission using fibre optic lines at base stations in specific, designated areas.

In practice – and only when all logistics are in place (including having an LTE-enabled device, the necessary spectrum and base station connectivity); the consumer is promised much faster data speeds.

For consumers it means a boost to overall experience and functionality, with higher speeds and lower latency offering the opportunity to seamlessly (hassle-free, no hiccups) stream multimedia. So, users will be able to enjoy High Definition video and real-time gaming online for example.

As far as application in business is concerned, it means that companies will be able to take advantage of high-speed business programs and systems – gaining early advantage by being able to leverage off faster information throughput.

Mark Taylor, CEO at Nashua Mobile, says there are a couple of things that need to be in place in order to make LTE work.
“The most important one starts with the handset. Can the handset upload and download at the speed required to perform LTE at the expected level? Do the networks have the spectrum to deliver this versus when the networks are re-farming spectrum? Is it going to have an impact on voice and data services to existing customers? Do we have the transmission in place to support the volume of data that LTE allows you to do in accordance with the true definition of LTE?  If we do not have a fibre optic link, end-to-end, I don’t believe you can deliver the speeds at the level required. So we have to make sure that we finish the infrastructure upgrades first to carry the data at the speeds required,” he says.

Taylor says the scenario with LTE is no different from previous industry transitions, such as the move from Edge to HSDPA for example, and demands the same considerations before widespread adoption and application can take place.

“Can my PC support an LTE modem? You are going to need LTE-enabled handsets. How many are there in the market? How prevalent are they? How long will it take before we have a wide enough volume of customers that can actually use it? The people who will get onto LTE first, have the backhaul and are located in an area of fibre end-to-end, where the networks are self-provided and there are a few users, and who will not be impacted from the re-farming of spectrum. They will have an amazing service. But go to certain areas and see how many people can really use the data because of concurrent users.”

Asked if by promoting this service and claiming rollout before the infrastructure criteria is fully in place, the industry could setting a false expectation? Taylor says no.

He is adamant the industry is 100% correct to advertise and promote the product and this is part of the evolution of the telecoms industry.

This is where added perspective becomes relevant. According to Richard Boorman, Head of Corporate Communications, Vodacom SA, the term LTE is used interchangeably with 4G and he cannot be sure that what has been rolled out in Africa is, strictly speaking, technically 4G.

“4G is actually LTE advanced, offering 100 megabytes per second on the move,” says Boorman. “When it comes to spectrum allocation, that is something that is regulated and allocated through ICASA. We will need more spectrum to address the digital dividend with the move from analogue to digital.”

CEO of World Wide Worx, Arthur Goldstuck, has stated that whilst the introduction of 4G offerings by mobile operators is not strictly speaking technically 4G because it does not meet specifications of the ITU, the performance in terms of mobile speeds is really the same.

According to Lance Fanaroff, joint CEO at the Integr8 Group, South Africa’s largest privately owned managed ICT services provider, there is a great deal of potential within the technology – but a lot depends on final roll-out of base stations.

“I imagine there are always challenges with a large deployment across so many different areas, but it’s more about strategic planning, the people, processes, and speed to deploy the respective base stations throughout all the areas that need to be covered,” he adds.